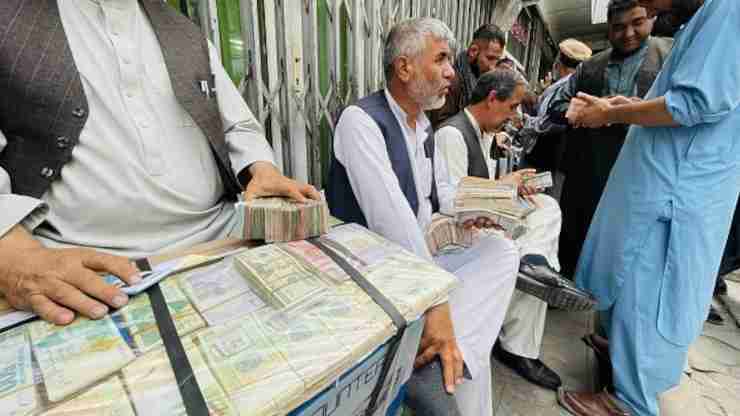 China, Pakistan, Qatar, and Turkey have already extended help to the Taliban on humanitarian grounds. Now, the Taliban wants to establish strong business relations with their strongest neighbor, China, and other countries. China seems to be willing to fill the void left by the west`s exit from the war-torn country.

We are republishing the following article from www.arabnews.com website.

A leading London-based think tank has warned the Taliban will be forced to seek cooperation with China to resuscitate the country’s war-torn economy following US withdrawal and the freezing of Western aid.

A report by the Centre for Economics and Business Research said China was best placed to fill the vacuum left by the West’s hurried exit because it has a record of “aggressive mineral exploitation” and “constructing infrastructure where none exists.”

The warning comes as the UN appealed for almost $200 million in extra funding for lifesaving aid in Afghanistan following the Taliban takeover.

The UN humanitarian agency OCHA said the extra sum meant a total of $606 million in aid was now needed for Afghanistan until the end of the year. The suspension of foreign aid has raised concerns the country may face severe social unrest.

Afghanistan is home to many of the world’s most sought-after rare earth minerals, including lithium which is used for electric cars and other batteries. Estimates suggest the Taliban could be sitting on $3 trillion worth of rare earth minerals.

However, the country’s poor infrastructure means exploiting these resources, and bringing them to markets has been all but impossible.

The CEBR report points to China’s Belt and Road Initiative which has a track record of improving infrastructure in developing countries and the fact that China, unlike Western democracies, “pays less attention to human rights,” a key condition for financial aid from the West to continue.

While the power vacuum left by the US and its Western allies could also be filled by Russia, which has a long history of intervention in the country, the CEBR insists only China can fulfill Afghanistan’s current needs.

Prof. Douglas McWilliams, founder and deputy executive chairman of CEBR, told Arab News: “There are essentially three reasons why it will be China. Firstly, it has the demand for minerals. Secondly, China has the cash to invest on a much larger scale, and lastly, it has the expertise at building the infrastructure as part of the Belt and Road Initiative.

Neighboring Pakistan is already one of the biggest recipients of Belt and Road funds. By contrast, Russia doesn’t have the need for the minerals, so while it might back the Chinese efforts, the driving force will be China.”

The CEBR report points to China’s Belt and Road Initiative which has a track record of improving infrastructure in developing countries and the fact that China, unlike Western democracies, ‘pays less attention to human rights,’ a key condition for financial aid from the West to continue.

Since China’s BRI, also known as the New Silk Road, was launched in 2013, Beijing has invested more than $60 billion in the China-Pakistan Economic Corridor project.
China also spends an average of around $12 billion annually on infrastructure in Africa, which has transformed the continent’s transport and energy sectors.

McWilliams added: “The Taliban have few friends amongst the Western powers since they have been fighting against NATO for so long. China is the obvious place to turn, especially since they share a 91 km border. The pattern of Chinese engagement is different from that of the West. There is less focus on human rights and attempts at nation-building. And much more focus on mineral exploitation. The Afghans support Uighur dissidents in China, but it is likely that the Chinese will insist that this ends as the price of cooperation.”

Chinese Foreign Minister Wang Ji suggested Beijing would seek the extradition of Uighurs in Afghanistan earlier this year. The Taliban have so far rejected this.
China already controls the bulk of world supplies of lithium and rare earth. The prospect of Beijing further tightening its control of lithium deposits would be a major setback for the US and Europe.

The CEBR said since the US-led invasion of Afghanistan in 2001 inflows of capital, mainly military spending, and aid, resulted in Afghan GDP in real terms rising from $8 billion in 2005 to $18 billion in 2019.

However, against a backdrop of corruption and civil war, Afghanistan’s ranking in the World Bank’s ease of doing business survey plunged to 173rd position (out of 190 countries) last year.

The country ranks even worse for international trade, enforcing contracts, property rights, and paying taxes, which the report said are “fundamental to building up a modern economy.”

The CEBR added that Taliban policies, particularly about women, will hold back overall growth, and that the “trickle-down” effect from mineral exploitation is weak compared with other economic sectors like manufacturing or tech, “so many of the benefits will be concentrated in few hands”.

The report comes as the Taliban claimed it had taken “complete control” of Panjshir province, the last holdout of Afghanistan’s opposition to the group led by Ahmad Masoud and Amrullah Saleh, the former vice president of the country.

Malaysia Launches Platform To Connect Halal SMEs With the World
Next Post:ISA From Humble Beginnings to Global Halal Certification Body