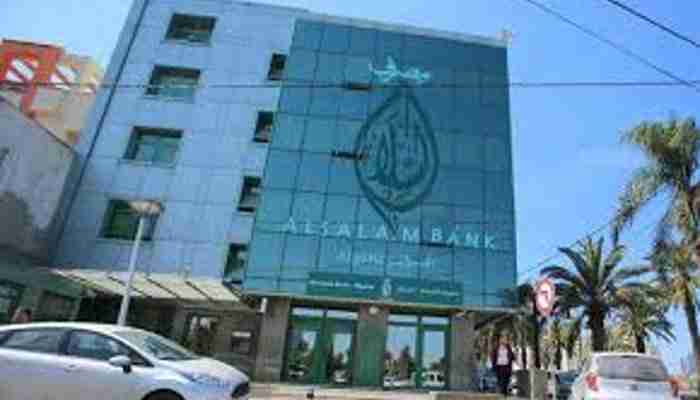 ALGIERS: When experts in Islamic banking gathered earlier this year at a state-run hotel in Algiers to share their experiences on Shariah-compliant finance, no one from the government showed up. But despite this hesitancy – government officials are reluctant even to refer to Islamic finance by that name – Algeria is edging slowly toward offering banking services to suit more religiously conservative investors. The object is to attract funds from a huge pool of cash held outside the formal banking system as Algeria looks for more ways to offset the sharp fall in oil prices and its energy revenues.

Finance Minister Hadji Baba Ammi has already announced plans for the country’s first local bond that is interest-free, complying with Shariah law which forbids interest payments – although he called the scheme “participative” rather than Islamic. Now six state-run banks plan to start Islamic financial services by the end of the year or in early 2018, and a national Shariah board that would oversee Islamic banking is also planned by the end of 2017, banking and government sources told Reuters.

It lacks a legal framework and technical expertise, and officials must navigate sensitivities over any perceived revival of political Islam after a 1990s war with armed Islamist militants in which 200,000 people died.

On top of such concerns, any kind of reform is often delayed in Algeria by heavy bureaucracy and inertia, but bankers are keen to push ahead with the idea.

“Financial institutions must be more dynamic and aggressive in the market by allowing Islamic products to grow,” said Nasser Haider, head of Bahrain-owned Al Salam Bank Algeria. “Regulation has not been a hurdle for Islamic finance in Algeria, but a legal framework would help its development.”

With the economy emerging from decades of centralized control, Algeria badly needs alternatives to the energy revenues that have traditionally financed 60 percent of the budget. The plunge in global crude prices from mid-2014 halved earnings from exports of oil and gas.

In 2015 the budget deficit shot up to 16 percent of Algeria’s annual gross domestic product and the government is estimated to have narrowed the gap only to 15 percent last year.

A state fund intended to cover such deficits plunged 59.5 percent over the course of last year while foreign exchange reserves are estimated to have dropped to $114 billion by the end of 2016 from $178 billion in 2014.

The government has approved a 14 percent cut in spending for 2017 and higher taxes.

But the amount raised, $5.86 billion, fell short of expectations after religious leaders – and even the government’s own Religious Affairs Ministry – gave the operation a chilly reception.

One well-known preacher told the finance minister: “You will suffer inside your tomb.”

Algeria is far behind North African neighbors Morocco and Tunisia, which have started to develop legislation for Islamic finance and sukuk bonds, overseen by a central religious board.

That may change if the planned Algerian national Shariah board comes to fruition later this year, a government source familiar with Islamic financing plans told Reuters.

Algeria is targetting domestic savers rather than foreign investors.

Many local people distrust the state-owned banks and keep large sums at home, untaxed, in Algerian and foreign currency.

Experts put informal economy savings at about $90 billion. That would be roughly equal to half Algeria’s annual GDP, and the government launched a study last month in partnership with the United Nations Development Program to assess the real size of the parallel market.

Last year it failed to draw money from the informal market when it offered a fiscal amnesty under which Algerians could deposit undeclared income and pay a 7 percent fee.

Instead, the government needs to cater for religious conservatives.

A government source told Reuters three of the banks would launch Islamic products in the summer and a fourth may join them at the end of the year. For the other two, that may happen in 2018.

A source at one of the banks, the Banque de Developpement Local, said it would be ready within three months. “BDL will launch at least two new products with one focusing on financing based on the murabaha principle at the start of the second half of 2017,” the source said, referring to a cost-plus-profit arrangement widely used to structure Islamic loans.

Al Salam Bank Algeria and Al Baraka Bank Algeria, local units of Bahrain-listed Islamic banks Al Salam Bank and Al Baraka Banking Group, are also already operating in Algeria. But their market share is estimated by experts at less than 4 percent. They offer retail and commercial banking services. Al Salam Bank has submitted a proposal to the Finance Ministry to use some form of Islamic finance for partial funding of a $3.2 billion port west of Algiers. Chinese banks will also provide around $1.5 billion for the project.

Algeria’s cautious approach to Islamic finance matches its wrestling with the kind of reforms it needs to deal with the sharp fall in oil prices.

“The government preferred a gradual approach,” said Abdelhak Lamiri, who serves as an economic consultant for the government.

Timetables are subject to slippage. In February, the state news agency APS, quoting the finance minister, said the interest-free bond would be launched by the end of April. However, this was subject to government approval and so far no details have been announced.

Still, state media remain keen on the idea. “The option for Islamic banking products in this time of crisis can only strengthen the financial sector through the diversification of bank offerings,” wrote state-run newspaper El-Moudjahid, which usually reflects government opinion. “Islamic products will also help attract informal savings.”

Bank Muscat’s Meethaq to Finance Poultry Farm Project
Next Post: Muslimarket Raises Series A, Aims to be the “Zara and H&M” of Muslim Fashion