AMAF Calls the Public to Support Food Aid for Refugees 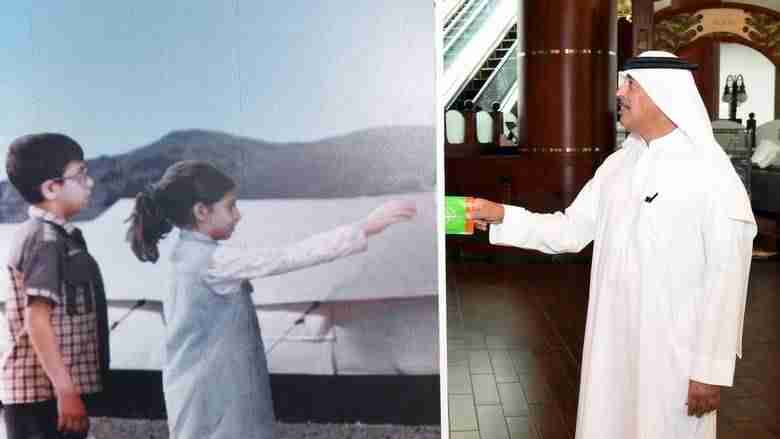 The campaign, lined up to run until after Eid Al Fitr, will set up a podium, featuring the replica of a refugee camp and an interactive screen projecting a tent city with a line of children waiting for food, at The Dubai Mall.

The Awqaf and Minors Affairs Foundation (AMAF) has urged the public to contribute toward its annual Ramadan campaign for the Salma humanitarian relief program which provides halal food to victims of wars and natural disasters worldwide.

The campaign, lined up to run until after Eid Al Fitr, will set up a podium, featuring the replica of a refugee camp and an interactive screen projecting a tent city with a line of children waiting for food, at The Dubai Mall.

Tayyeb Al Rais, secretary-general of AMAF, said the campaign will help promote the Salma program and collect donations. “The Salma program closely monitors the impact of wars and disasters worldwide.”

Unfortunately, the number of refugees globally continues to surge, with children constituting 51 percent of the total, he said. “From 2015 to 2016, more than 73,000 people have become victims of conflicts and natural disasters in the Islamic world.”

The UN’s latest data shows that more than 700 million people currently live in areas prone to disasters, with the number expected to reach one billion by 2030. These statistics drive us to expand our aid coverage to new countries, he disclosed.

“Supporting the displaced people across the globe through providing food aid, the Salma program clearly testifies that the endowment model is a viable solution to the world’s humanitarian relief needs.

“In the past three years, the program helped save thousands of lives through supplying more than 455,000 halal meals and distributing 50 tons of meat to people in Palestine, Yemen, Jordan, Sudan, Tajikistan, the Philippines, and countries of West Africa.”

According to the latest UN reports, 65.3 million people across the globe are currently displaced due to wars and natural disasters, including 21.3 million who are classified as refugees. The conflicts are forcing 34,000 people to flee their homes every day, Al Rais elaborated.

The government and private sector entities, as well as individual donors, help ensure the continuation and expansion of the program through securing sustainable financial resources, he said. “Donations to the Salma Humanitarian Relief Programme can be made through the website www.salmaaid.com or via text message.”