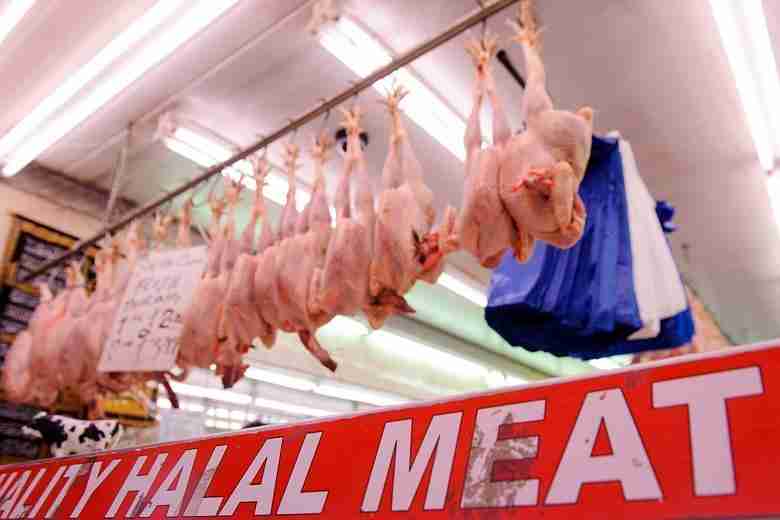 Up to 99 million animals a year are needlessly slaughtered without stunning there is an oversupply for the UK’s religious meat market, a study claims.

A Conservative MP called on the government to ban exports of meat produced from animals that can still feel pain when they are killed.

Stunning is carried out in slaughterhouses to render an animal insensible to pain, and campaigners have long argued that killing without it causes unacceptable suffering.

Some religious leaders accept meat from stunned animals provided they can recover consciousness but others refuse to accept it, so hundreds of thousands of animals a week have their throats cut while still awake.

The report by the Conservative Animal Welfare Foundation (CAWF) has calculated that the total meat supply from religiously approved slaughter methods is up to four times greater than that needed for Muslim and Jewish people in the UK.

“The total oversupply of non-stun meat could range between 32 percent and 278 percent, which represents between 34 and 99 million animals unnecessarily slaughtered without stunning every year,” the document says.

“The significant suffering caused by non-stun slaughter means it is imperative that the number of animals killed through this method is reduced to the minimum quantity needed to meet the consumption of faith communities in the UK.”

Data from the Food Standards Agency found that in 2018 a quarter of sheep were subjected to no-stun killing.

In addition, food labeling does not always accurately inform consumers about the method of slaughter, the report says.

The report cites other countries as having tougher rules, saying: “In Europe, many countries have a full ban on non-stun slaughter, including Denmark, the Netherlands, Sweden, Malta, Switzerland, Cyprus, Norway, Estonia, and Slovenia.

The report’s authors call on the government – which has previously said it plans to crack down on no-stun killing – to reduce the numbers involved to match demand from the UK’s Muslim and Jewish communities.

Foundation patron MP Sir Roger Gale said the report contained worrying findings that the government should urgently address, and the UK should not be selling the meat abroad.

“I hope we can emulate Germany and limit non-stun slaughter to meet demand from UK religious communities and end the oversupply,” he said.

“We should certainly not be producing non-stun meat for export and must not let the UK fall behind the best international practice in this area.”

Earlier this year, animal welfare minister Lord Goldsmith told The Independent the government was taking several steps to cut down on numbers of animals killed without stunning.

A spokesperson for the Department for Environment, Food and Rural Affairs said: “The government would prefer all animals to be stunned before slaughter but we respect the rights of Jewish and Muslim people to eat meat prepared in accordance with their beliefs.