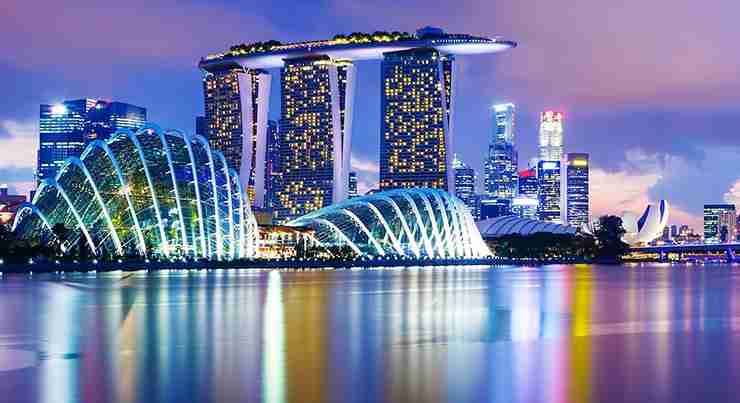 SINGAPORE is primed to ride the wave of booming global demand for halal products and services – providing a good illustration of how the Republic can create value in even unlikely sectors at a time when it is seeking new paths of growth.

With Muslims forming a minority here, the halal sector isn’t one most would expect Singapore to make a mark in. But a confluence of factors is making that happen and by design.

This includes demand from the emerging Muslim tourism markets, such as Japan and Korea, where halal products and services are not as well developed, he said.

The global halal market – of which the food market alone is found to be worth over US$1.1 trillion and potentially US$10 trillion by 2030 – presents good “growth opportunities” for local companies with suitable offerings, Mr. Sim added.

OTS Holdings, which owns halal-certified bakery Swee Heng and processed meat manufacturer Ellaziq, reported that halal sales have been improving year on year since 2011 and 2009 respectively. A company spokesman said: “Currently, demand comes from Brunei, Myanmar, India, Australia, and Singapore. We’re looking at Japan, Malaysia, and the Middle East next.”

Gan Hup Lee (GHL), a 67-year-old rice company that exports its Yamie brand of ready-to-cook rice premixes to the United Arab Emirates, said it plans to ship to other countries in the GCC (formally known as the Cooperation Council for the Arab States of the Gulf) soon. GHL regional manager Ivy Lim said: “Being in a small country, the local food industry has to evolve and expand its reach. The Muslim community overseas is a huge hinterland to tap.”

In 2008, a free trade agreement inked between Singapore and the GCC (the latter’s first FTA) officially recognized the halal certification of Muis (Majlis Ugama Islam Singapura), in what is testament to the robustness and integrity of halal standards in a Muslim-minority country.

“The Singapore brand is exceptionally well recognized globally. Thus our certification and consultation standards are considered very high and are sought after,” said Malek Mattar, deputy president of the Singapore Malay Chamber of Commerce & Industry (SMCCI).

Music, the primary halal-certifying and ritual cleansing body in Singapore authorizes seven types of schemes from products and eating premises to central kitchens, factories, and poultry abattoirs. In 2014, TFK Corporation, a Japanese subsidiary of SATS, became the first company overseas to be issued halal certification (for its central kitchen in Tokyo’s Narita Airport) by Warees Halal, a company limited by guarantee that Muis formed in 2014 to strengthen its halal inspection arm.

As well, Singapore has been named the friendliest non-Islamic destination for Muslim travelers for three consecutive years (2012 – 2014), according to the Global Muslim Travel Index. To boot, it is one of 15 countries that has a Muslim population with the highest purchasing power, the Economist Intelligence Unit (EIU) revealed.

“What’s interesting about Singapore is that even though it is a secular country, we are empowered by the AMLA (Administration of Muslim Law Act, which came into effect in 1968) that seeks to protect the halal industry. This ensures the legality and genuineness aspects of the halal framework. A similar law was implemented in Malaysia only about 3-4 years ago,” said Fazil Hamid, principal consultant at SimplyHalal International.

Even though Muslims are a minority here, Singapore’s halal industry is a success story, Mr. Fazil noted. “Other countries such

as Japan and China look to us as an example and hope to implement the same system without disrupting factors such as culture.”

The next step, said SMCCI’s Mr. Malek, is to position Singapore on the global halal map. He said: “With the ASEAN Economic Community (AEC) formed, Singapore will have the opportunity to position itself strategically in fronting the halal market. We have to be the halal supply chain hub for Asia and perhaps the world.”

Halal consultancy is therefore key, as it is the fundamental service that will educate and bring companies into the halal market, Mr. Malek said.

Singapore currently has over 10 active halal consultancy firms – about three of which are non-Muslim firms – that help companies attain halal certification locally and globally, said SimplyHalal’s, Mr. Fazil. His other company, HCS Consultants, charges from S$500 for a school canteen to S$6,000 for a catering or manufacturing facility here for consultation.

“New halal consultancy firms are opening every year, but they usually don’t survive more than a year in this competitive landscape,” Mr. Fazil said.

Startups have also got into the game, with a record number of apps targeting the Muslim market launched in 2015, said Christopher Quek, director at Angel’s Gate Advisory. An example is The Halal Dining Club, a Singapore-based app that showcases halal dining options here.

Finally, being halal-certified does not mean a company caters only to Muslims, or that its food offerings are less tasty, pointed out Nicholas Tan, marketing head at Toasties, a home-grown sandwich shop that local consumers term the “halal Subway”. The latter – unlike fast-food restaurants McDonald’s, 4 Fingers Crispy Chicken, and KFC – have not received halal certification in Singapore.

Mr. Tan said: “Many assume halal food lacks certain flavors that non-halal offerings have. At Toasties, we do frequent product research and development to incorporate different flavors and preferences to suit different people’s palates. We believe that by reaching out to more, we can dispel this misconception.”

He added: “Toasties’ goal is to feed delicious subs to as many as possible. We are, after all, in Singapore . . . a diversified multicultural population.”