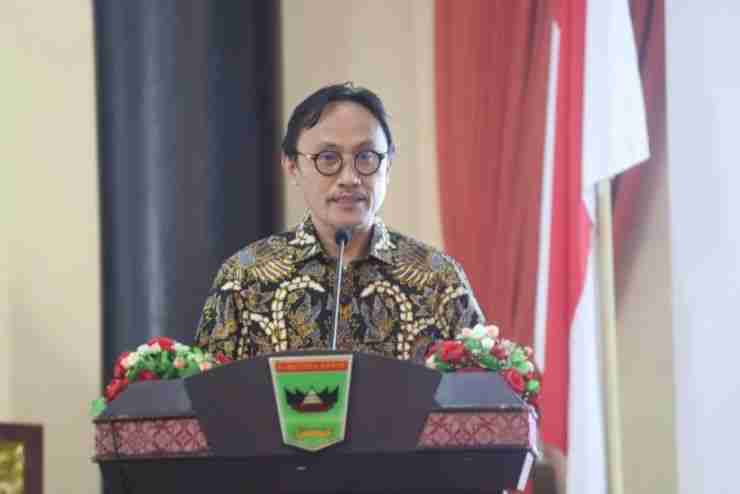 Indonesia’s new government halal certifier admits the front-end of its system is not 100 per cent ready for the planned October 17 start of mandatory halal certification but its system can already be implemented, BPJPH head Prof Sukoso told Salaam Gateway.

Prof Sukoso spoke to Salaam Gateway on Tuesday, a week after the release of a report by the government’s Ombudsman, which oversees the performance of public services, that said BPJPH is in general unprepared for the start of mandatory certification of all products that are halal in Indonesia.

The Ombudsman questioned the readiness of BPJPH’s regional branches as well as its auditors, and also expressed concerns about the agency’s efforts to educate the market, especially entrepreneurs and businesses, to raise their level of awareness about compulsory halal certification.

“When you judge something, you need to look back at its journey so that you can give an objective opinion,” said Prof Sukoso referring to the Ombudsman report released September 26.

Prof Sukoso’s main contention is that the Ombudsman’s report does not put in context the fact that BPJPH has only been in operation for about one year, compared to the current certifier, MUI-LPPOM, that has been in the business for some 30 years.

He also cites the plethora of legal and technical requirements BPJPH has had to fulfil.

Although the government started the establishment of BPJPH in 2015, it was only in January this year, according to Prof Sukoso, that the body officially secured its status as a public services agency (BLU), similar to state hospitals and universities, under the supervision of the Ministry of Finance.

“Back in 2015, the president issued regulations for the creation of [BPJPH]. A year later, the Ministry of Religious Affairs issued regulation No. 42 about our organisational hierarchy. We are one of 11 echelons one (General Directorate) in the ministry, and in 2017 we started to recruit people,” explained Prof Sukoso.

The head himself was appointed on August 2, 2017 when the agency was preparing draft government regulations for technical guidance at the same time as it was proposing a budget for its operations to the Ministry of Religious Affairs.

On January 1, 2018, BPJPH’s 18 billion rupiah ($1.3 million) budget was approved, and while still preparing government regulations, it was also conducting a review on JPH law because it was still unsure about its organisational structure.

Further, it will only be from October 17 that the current certifier, MUI-LPPOM, will start its transition to become one of BPJPH’s halal assessment bodies (LPH), said Prof Sukoso.

“In parallel, we will also push more and more of other halal assessment bodies to be established,” Prof Sukoso told Salaam Gateway.

The whole system will develop and improve over the next five years, according to the BPJPH head.

“So for entrepreneurs or businesses, there’s no need to be confused or upset,” said Prof Sukoso.

Two weeks to its planned start date, BPJPH is focused on refining the supporting technical regulations as well as operational aspects such as human resources, according to him.

The agency is also working to ease the bottlenecks that involve several supporting agencies, including MUI-LPPOM.

Regardless, the BPJPH head said businesses and entrepreneurs need not worry about submitting their halal certification applications through the agency’s SIHALAL system.

BPJPH started to deploy SIHALAL, its halal information system that is the primary gateway for halal certification applications, in 2018.

During this period, the Ombudsman called on Prof Sukoso to explain the progress of BPJPH’s preparations towards the October 17 deadline. The Ombudsman was aware of the many technical issues that slowed BPJPH’s readiness, according to Prof Sukoso.

BPJPH was also trying to make progress on its cooperation with MUI in the clerical body’s future role as halal auditors, through its LPPOM, as well as issuing fatawa.

MUI agreed to design a curriculum for halal auditors as well as a competency test for halal assessment, according to Prof Sukoso.

This process was delayed, said Prof Sukoso, as his official requests to MUI were rejected three times.

While this was happening, BPJPH was spending its budget on five rounds of halal auditor training from 2018 to September 2019. Each batch consisted of around 30 candidates, totalling around 172 trained halal auditors ready to run assessment tests.

“The manpower ministry has a Professional Standardisation National Body (BNSP) that gives licences for halal auditors. MUI finally agreed to this solution and we shook hands on this in August,” Prof Sukoso said.

BPJPH then took the regulation to 36 focus group discussions with related ministries and agencies. The draft regulation met with resistance twice by all participants and had to be re-worked, according to Prof Sukoso.

“Finally on April 29 the President signed regulation no. 31 that was then issued on May 3.

“After that, we still faced challenges as we were sued by LPPOM,” Prof Sukoso said.

MUI in August went to the constitutional court to sue the government for the 2014 law that created BPJPH. It made the arguments, among others, that it is best suited to continue handling halal certification as it’s been doing the job for around three decades, and that halal certification should be left to Islamic clerics. MUI has since retreated.

The next challenge for BPJPH is how to deploy enough representatives in each of the 34 provinces.

After consulting with the religious ministry’s General Secretary, Prof Sukoso suggested to empower civil servants in every province and regional office. This is still to be worked out as it remains unclear if they are to be hired full-time or be seconded to BPJPH.

On the matter of halal auditors, there should ideally be around 1,500 halal assessment bodies around Indonesia, or three LPHs in each city or regency, said Prof Sukoso.

This will mean at least 5,000 halal auditors, where each LPH requires a minimum three officials.

BPJPH currently only has 172 halal auditors, or around 57 LPH candidates.

MUI-LPPOM has only around 1,500 halal auditors who would still need to be verified according to the 2014 law that states that all halal auditors should have at least an undergraduate Bachelor’s degree in food, biology, chemistry, or a pharmacy major.

“We need to prepare at least 5,000 halal auditors and of course there will not be enough time until this October [17 deadline],” said Prof Sukoso.

“But the law states that the mandatory halal certification process is done in phases, meaning that starting from October 17 all products, especially F&B, should be halal-certified,” he said.

He stressed there is still time to prepare and train halal auditors, as the law states that during the first five years, halal auditors will not be subject to criminal charges. BPJPH is currently working with the police to formulate this clause.

The agency is also working with the Ministry of Foreign Affairs on the mechanism for foreign halal certification.

“My point is, the law states that mandatory halal certification will be achieved phase by phase, in stages, and for now we work with available resources to achieve that target,” said Prof Sukoso.