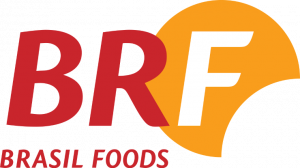 The Brazilian food company strengthens its foothold on the international market with manufacturing operations in Saudi Arabia. It will invest USD 7.2 million in expanding capacity at facilities formerly owned by Jody Al Sharqiya Food in the country.
São Paulo – Brazil’s BRF, one of the biggest food processing companies in the world, has completed its buyout of the Jody Al Sharqiya Food Production Factory, a food processing plant in Dammam, Saudi Arabia. The deal was announced earlier this week on Monday. BRF is the parent company behind famous poultry brands such as Sadia and Perdigão, and Saudi Arabia is a major importer of poultry items from Brazil.
The Saudi facility was valued at SAR 29.7 million (USD 8 million at current exchange rates), subject to after-the-fact fluctuations. The purchase plan was first made public in May 2020. BRF will now set about expanding processing capacity at the newly purchased plant from a current 3,600 tons a year to 18,000 tons a year. The expected investment is USD 7.2 million.“This operation enhances our presence in a strategic market, as well as our clear-cut long-term vision of manufacturing higher value-added products,” a press release quoted BRF Finance and Investor Relations vice president Carlos Moura as saying. Jody Al Sharqiya’s portfolio includes breaded meat cuts, chicken burgers, marinated foods, and other processed items.

How Are Global Challenges Affecting Halal Food Industry?
Next Post:Riyad Bank To Debut $2.67b Sukuk