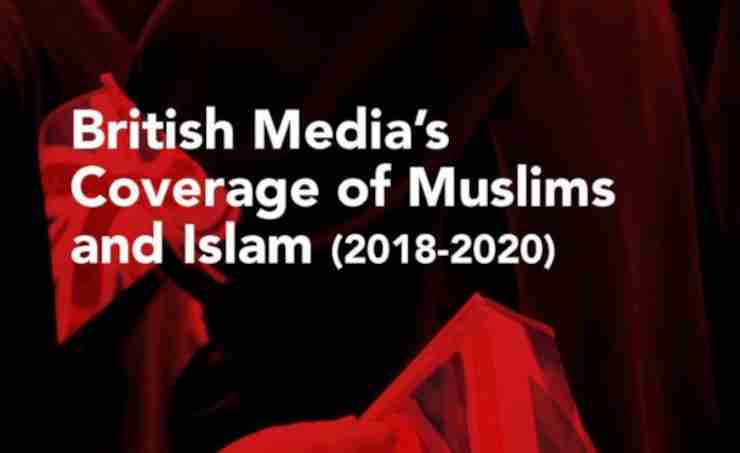 “British Media’s Coverage of Muslims & Islam (2018-2020)” is one of the most extensive pieces of statistical research done on how Muslims and Islam are reported in the British media and reveals through 100’s of examples the sheer scale of negative reporting associated with Muslims in the UK.

Responding to the findings, the editor of the Sunday Times, Emma Tucker said, “I welcome this report – in the full knowledge that it contains criticisms of the press, my paper included.”

Alison Philips, editor in chief of The Mirror, said, “This report by the Centre for Media Monitoring shows how much we as journalists must question ourselves and the work we are producing about reporting of Muslims and Islam.”

The report points to some improvements in the treatment of Muslims by highlighting positive and fair coverage of Muslims in the media, including the BBC’s reporting of the persecution of Uighur Muslims, The Sun’s featuring of Asma Shuweikh as a “hero of the week” and the prominence of Muslim women clapping for the NHS on the front page of the Daily Telegraph.

The Muslim Council of Britain’s Centre for Media Monitoring monitored 34 media outlets via their online websites and 38 television channels (including all regional channels) between Oct 2018 – Sept 2019.

The Director of MCB’s Centre for Media Monitoring, Rizwana Hamid said: “This latest report does not seek to place blame on any newspaper or broadcaster nor any individual journalist or reporter. CFNM remains committed to a free media which reports without fear or favor and holds those in positions of power to account. However, it is time for the industry to admit that, on occasion and too often when it comes to Muslims and Islam, it gets things wrong. Media professionals should welcome this scrutiny, and put in place these recommendations to improve journalistic standards.”

Report author Faisal Hanif states: “While neither Muslims nor Islam should be immune from criticism or inquiry, where warranted, we do expect this to be done fairly and with due care, without resorting to well-worn tropes and generalizations. This study is valuable to both the academic community, and more so to newsrooms and journalists, and will in some way go towards improving reporting and coverage of Muslims and their beliefs in the coming years.”

Bank of England Opens Alternative Liquidity Facility For Islamic Banks
Next Post:Why Collaboration Is Key to Unlocking the Future of Islamic Finance?