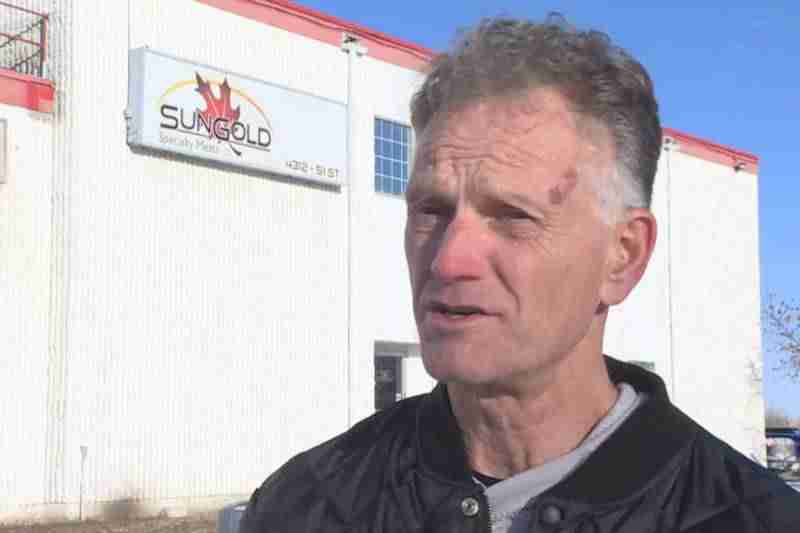 The manager of a central Alberta meat processing plant that already flies fresh lamb to Dubai every week says he expects the market for certified halal products will continue to grow.

“We certainly see continued opportunity in other countries in the Middle East — Saudi Arabia, Egypt, Kuwait,” he said.

“Again, with the international standards the way they are, we feel we’re positioned to be able to capture some of that market.”

Kleiner says the market for halal products — food that fits Islamic dietary laws — has grown by eight to 10 percent year-over-year in the past decade.

“We’re very pleased that we’re able to provide the type of certification necessary for consumers to have confidence in the process.”

For meat to be considered under Muslim principles to be halal, the animal must have been blessed first by an imam and then slaughtered by hand and its blood drained.

“We electrically stun the animals in advance of the bleeding process. So we bring together the humane requirements as well as recognizing the traditional Muslim requirements for ritual slaughter,” Kleiner said.

The Alberta government says it wants to expand the province’s halal capacity as part of overall trade efforts.

He says the province offers advice and help to current and potential exporters in areas ranging from foreign market access to regulatory barriers.

“We enjoy the support of the government in terms of helping to explore, develop and take advantage of the opportunities that exist,” Kleiner said.