Demystifying The Difference Between The Burka, Niqab, Hijab, Other Islamic Headwear 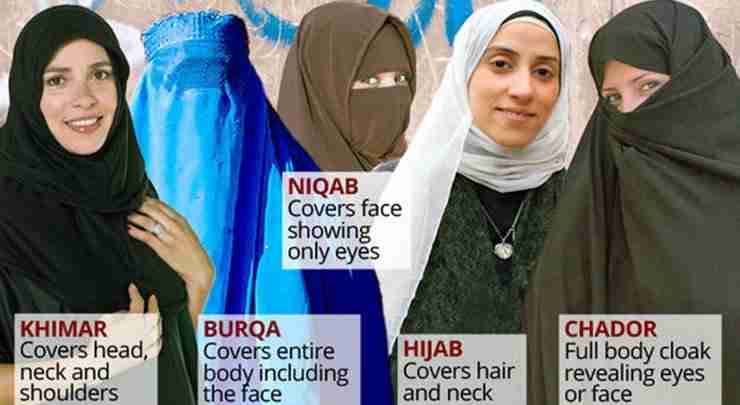 There is often confusion over the difference between a burka, niqab, and other headscarves. Here is a complete guide to the different types of Muslim dress.

What is burka Islamic headwear?

The burka is a full face and body covering, which is the most concealing form of Islamic dress.

A woman wearing the burka has her face completely covered but she can still see through a mesh cloth over her eyes.

The burka is often associated with Afghanistan and the Taliban forced women to wear it at all times in public during their rule.

What is niqab Islamic headwear?

The niqab is a head covering and scarf that conceals the face but leaves the eyes uncovered.

It is mainly worn in Arab countries but some Muslim women from Western countries such as Britain also choose to wear it.

What is a hijab?

Hijab is a general term for modest Muslim dress but it also applies to scarves that cover the hair.

The type of scarf most commonly worn in the West covers the head and neck but leaves the face exposed.

What is a chador?

The chador is a full-body cloak worn by women when they leave their homes. The outer garment is usually black and is most commonly worn in Iran.

The wearer must hold the chador closed at the front because it does not have any buttons or clasps there.

What is a khimar?

The khimar is a long veil that falls to just above the waist. It covers the hair, neck, and shoulders but leaves the face clear.