The Chief Executive Office of the Dubai Tourism Department and Commerce Marketing, Issam Kazim, revealed that currently there is no move to make gambling legal in the emirate regardless of the fact that three of the most popular hotel casino brands on a global scale are to set foot in the country.

The statement of the most senior Dubai Tourism official comes following last week’s announcement that Caesars Entertainment Corp. is to operate two hotels as well as a beach club in the emirate, with the company planning to open by the end of 2018. Last week, Caesars Entertainment became the third international casino brand along with the MGM Grand and the Bellagio, which is to operate non-gambling properties in the country.

None of the properties that are to be open by the above-mentioned brands would feature gambling options, unlike their counterparts in Las Vegas.

As reported by Gulf News, when asked whether there was an interest towards casino gambling in Dubai, in spite of the fact that it is forbidden in Islam, Dubai Tourism Chief Mr. Kazim explained that the emirate remained focused on preserving its Islamic culture. He shared there were cultural aspects which were a priority to the nation. As far as the Caesars Entertainment’s entry in the emirate is concerned, Mr. Kazim explained that the city of Dubai was trying to bring more diversity in its approach to tourism, especially when considering the Government’s strategy to attract 20 million tourists to Dubai by 2020.

Although gambling is not permitted by Islam, a number of Muslim countries currently have legal casinos, including Egypt, Malaysia and Tunisia. 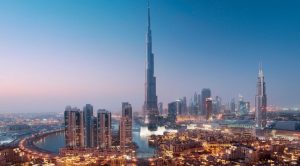 As mentioned above, last week it became clear that Caesars Entertainment has plans to operate a total of three non-gambling properties on the territory of Dubai, with the venues set to be located on the artificial Blue waters Island. This would be the first time ever when Caesars would open properties which do not offer gambling options.

On the other hand, the CEO of Dubai Tourism, who also bears responsibility for executing the Government’s strategy for attracting 20 million tourists to the city by 2020, further explained that the push towards opening mid-scale hotels had so far been effective when it comes to attracting various customers to the five-star hotel resorts. In addition, Mr. Kazim denied rumours that the poor performance of Dubai’s theme parks were due to the fact that the ticket prices were too high.

When it comes to visas and their contribution to visitor levels, the Dubai Tourism CEO said that he would like to see the visa-on-arrival status implemented in India. He said that visa would be a barrier for certain passengers only. In addition, Mr. Kazim shared that Dubai Tourism department looked at the top 10 or 20 source markets, so it featured regular updates with Government stakeholders, so the latter were informed about the visa-on-arrival status in certain countries.

This Article is Originally Published on www.casinoguardian.com

Royal Grill Halal Food Tops The List Of NYC’s Top Food Trucks & Carts Plus 6 Other Local Gems
Next Post: Tabriz To Be ‘Capital Of Islamic Tourism’ From Wednesday