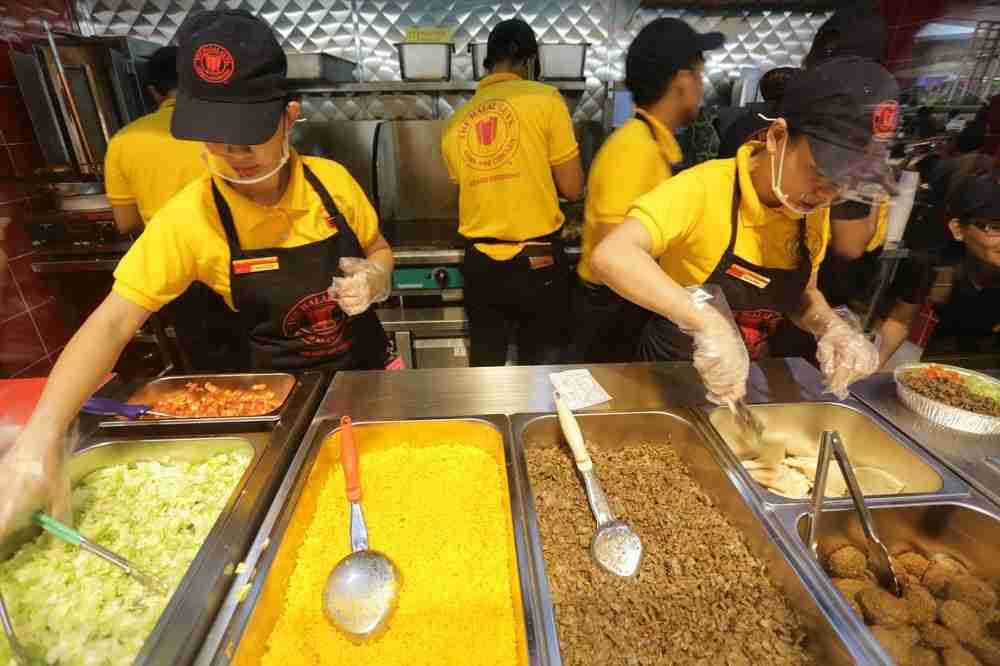 Someone pinch me. It feels like a dream but it’s true—Halal Guys is really coming to Manila. I first got wind of the news in late November last year, when a friend sent me a photo of the Halal Guys signage at the Mega Food Hall in SM Megamall.

I sent a quick Facebook message to The Halal Guys: “Is it true you’re opening a store in the Philippines?” While waiting for a reply, I also asked Millie Dizon, SM vice president for marketing communications. She said, “As per Mega, it’s the Halal Guys from New York.”

Cue internal screaming. The Halal Guys confirmed it three days later: “To answer your question, yes, but we have no further information to share at this time. We are working hard to expand worldwide.”

The Halal Guys is a New York institution—one of my favorite things about the city. It started as a hotdog cart in 1990 in midtown Manhattan; but two years later, its three Egyptian founders decided to start selling halal food instead. It became such a hit that the 53rd and 6th cart spawned copycats. But you can always tell which carts are the real deal when you see the long lines. (It has added a few more carts since it started, and also opened a restaurant on 14th Street and 2nd Ave. early last year.)

People, whether old fans or first-timers, willingly line up for The Halal Guys. In fact, one of New York’s top chefs claims that he lined up for two and a half hours for a platter on Christmas Eve. Although it also serves wraps, it’s undeniable that The Halal Guys’ biggest hit is its platters—chicken, gyro, or a combination of both, served over warm orange basmati rice with a generous helping of lettuce and a few pieces of pita on the side.

There are two kinds of sauce—the delicious, mysterious white (you’ll want a lot of it), and the fiery red (be careful with this one, it’s super hot). The Halal Guys guys serve platters so fast that you’ll be surprised how each one is perfectly crafted.

It’s my favorite cheap meal in New York—a platter costs just $6. (And the serving is so generous I usually end up eating my leftovers for breakfast the next day.) It’s open until super late—until 5 a.m. on some days—perfect for late-night hunger pangs. When friends ask me to give them my New York food guide, I always say that eating at the legendary food truck is a must, even if they have the budget for more expensive places. I have a long list of Halal Guys converts.

I eat The Halal Guys food at least three times on every visit, just buying a platter to go and eating it right on the sidewalk (sometimes we get lucky and grab a table and chairs outside at a nearby bank).

And now, thanks to Jaime Daez, the man behind Fully Booked, who is bringing The Halal Guys here, I wouldn’t need to fly anymore to get my platter fix. The Halal Guys is just one of the other international food outlets coming here this year. Din Tai Fung, Wolfgang’s Steakhouse, Dean & DeLuca, Pink’s Hotdogs, and Shake Shack (Shack Stack! Concretes!) will be opening, too. I can’t wait for my first Halal Guys experience in Manila.