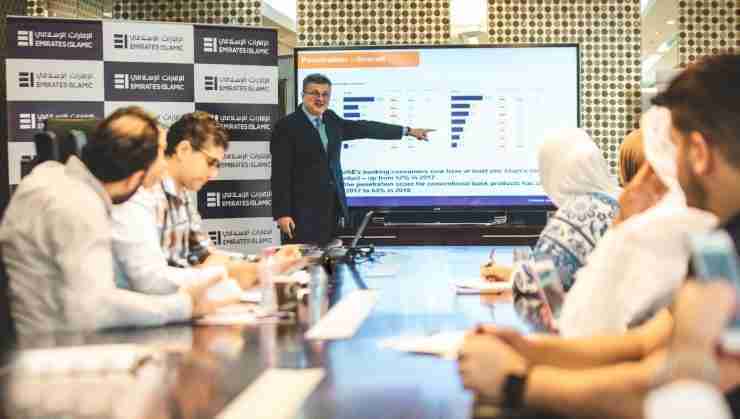 The gap between the penetration of conventional and Islamic banking products in the UAE has narrowed to just one percent, according to new research.

The Islamic Banking Index by Emirates Islamic, a survey revealing the perception of the Shariah-compliant banking sector in the UAE, showed that 61 percent of customers say they have a conventional product compared to 60 percent who have an Islamic product.

It also showed that Islamic banking has grown in popularity in the UAE since 2015 from 47 percent to 60 percent this year while conventional banking is on a downward trend from 70 percent to 61 percent.

Nearly half of those surveyed – 48 percent – agreed that they prefer Islamic banks more since the onset of the coronavirus pandemic, up from 45 percent in 2020.

According to the index, Islamic banking continues to be strong in areas that inspire long-term loyalty as they are perceived to be more financially sound, more supportive of their communities, and more trustworthy.

However, perception of innovation technology and service continues to be lower for Islamic banking compared to conventional banks.

The survey showed that 71 percent of the respondents are aware of at least one Islamic banking product even if they’ve never used them, compared to 59 percent in 2015 while awareness of Islamic banking terms among both Muslims and non-Muslims is substantially higher than in 2015.

Since the start of the Covid-19 pandemic, the intention of UAE consumers in 2020 showed a decrease for both Islamic as well as conventional products, attributable to the uncertain economic climate.

Wasim Saifi, deputy CEO – Consumer Banking and Wealth Management at Emirates Islamic said: “The results of this year’s survey are testament to the growing relevance of Islamic banking, especially as we look ahead to a post-pandemic world.

“For the first time since we launched the index in 2015, we see a closing of the gap between the adoption of Islamic and conventional banking products – it is clear that consumers are increasingly choosing Shariah-compliant solutions when it comes to financing and saving. This bodes well for Islamic banks as they continue to be considered more financially sound, trustworthy and supportive of their communities than conventional banks, which are all factors that will inspire long-term loyalty in customers and clients.”

Saifi added: “As we move into a crucial time in the history of Dubai and the UAE with the hosting of Expo 2020 Dubai… it is an opportune time to harness the momentum currently being experienced by Islamic banking to boost interest in and loyalty to our sector, to stand us in good stead for the future.”