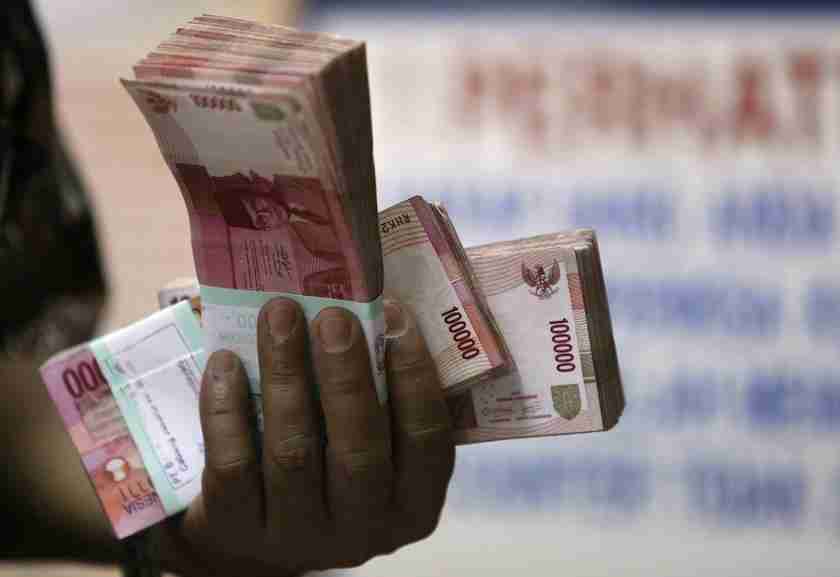 Indonesia is the most regular issuer of global sovereign Sukuk even as its Islamic banking assets and local currency sales lag behind Malaysia.

Finance Minister Bambang Brodjonegoro said on Jan. 9 that the government will offer international Sukuk in the first half, the fifth straight year it’s issued such debt. The Southeast Asian nation sold $5 billion of global Sukuk in the past four years, compared with $3.25 billion for Malaysia and $2 billion for Qatar, data compiled by Bloomberg show.

A shortage of investment products in the $1.7 trillion industry, which Ernst & Young LLP sees doubling by 2018, will ensure demand for Indonesia’s Sukuk, according to Kuala Lumpur-based consultant Amanah Capital Group Ltd. While the nation is ahead of Malaysia in dollar-denominated bond sales, its Islamic banking assets are just 12 percent of its smaller neighbor.

The nation’s outstanding dollar Islamic bonds range in maturity from 2018 to 2024, compared with the longest tenor in Malaysia of 2021. Indonesia joined the Philippines with Asia’s first sales of global conventional notes of 2015, receiving bids for 4.8 times the $4 billion raised on Jan. 9. It sold 10- and 30-year securities at yields of 4.2 percent and 5.2 percent.

Indonesia has about $9 billion of local-currency government Sukuk outstanding, compared with Malaysia’s $52 billion, according to official and Bloomberg-compiled data.

Rising demand for the relative safety of government debt due to global market turmoil has helped push Indonesian yields to a one-month low. The yield on the 4 percent Shariah-compliant notes due in 2018 dropped 10 basis points so far this year to 3.02 percent, data compiled by Bloomberg show. The 2024 securities are paying 4.34 percent, while Malaysia’s 2021 Sukuk offer 2.75 percent, down from 2.88 percent on Dec. 31.

South Africa, Hong Kong, Luxembourg, and the U.K. sold Sukuk for the first time last year, joining the predominant issuers in Asia and the Middle East. The only sovereign sales from the Persian Gulf in 2014 came from the emirates of Dubai and Sharjah.

Indonesia sold $1.5 billion of 10-year Islamic bonds in September last year at a coupon of 4.35 percent and saw bids of 6.82 times the amount sold. A new global Sukuk would be the government’s sixth since a 2009 debut.

PT MNC Asset’s Syarief said he expects the yield on Indonesia’s latest offering to be the same or higher than the coupon paid in September.

“Investors are starting to price in higher U.S. rates, so it’s a good idea for the government to sell sooner rather than later,” he said.

The Bloomberg Malaysian Sukuk Ex-MYR Index, which tracks global government and corporate issues including Indonesia’s, rose 5 percent in 2014, a fourth straight annual gain. The gauge has climbed 0.6 percent so far this year. International sales of the debt reached $46.3 billion last year, shy of the record $46.8 billion in 2012, data compiled by Bloomberg show.

Nations such as Indonesia may look to front-load issuance before U.S. interest rates start rising later this year, said Fakrizzaki Ghazali, Kuala Lumpur-based credit strategist at RHB Research Institute Sdn., a unit of RHB Capital Bhd. The Federal Reserve is preparing to increase its benchmark rate for the first time since 2006.

“Currently, it’s still accommodative for sovereigns and corporates to issue,” Fakrizzaki said by phone yesterday. “An issuer would want to capitalize on the current still-low yield environment.”

Indonesia is looking to tap the Sukuk market amid optimism President Joko Widodo will enact reforms to attract investment and revitalize Southeast Asia’s largest economy. The government plans to spend about 5,519 trillion rupiahs from 2015 to 2019 to build roads, railways, and power plants.

The nation’s debt is rated the lowest investment grade of Baa3 by Moody’s Investors Service, three levels below Malaysia.

Demand for Indonesia’s Sukuk “would be overwhelming as political stability and good governance are important aspects in determining the risks of sovereign Sukuk,” Abas A. Jalil, chief executive officer at Amanah Capital, said in an e-mail yesterday. “Investors view the Indonesian Sukuk market as going toward the same level as Malaysia, as proven by the previous successful issuances.”