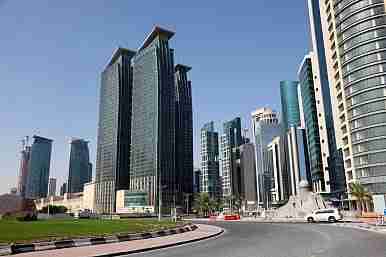 Indonesia For Stronger Economic Ties With The Middle East

A recurring theme during Joko Widodo’s presidential campaign was the need for a foreign policy based on an economic approach, where diplomats play a more assertive role as national entrepreneurs. A political agenda, national security, and public image are all significant policies to advance, but improving the nation’s economy is vital. Along with investment and trade, the tourism industry could flourish with a more concerted diplomatic effort. The Middle East is an ideal place to begin this renewed diplomatic strategy.

Middle Eastern countries wield significant financial clout and have recently gravitated toward Asia, and specifically ASEAN, for trade, tourism and investment (TTI). Trade between members of the Gulf Cooperation Council (GCC) and ASEAN has increased significantly in the past 10 years (a 5-fold increase from 2003 to 2013), making ASEAN the 5th largest partner for GCC countries.

In terms of foreign direct investment (FDI), Western countries historically have been the largest recipients of Middle East money, however the West’s recent economic downturn has made ASEAN an attractive new destination.

Examples of this transformation include the UAE International Petroleum Investment Company investing $6.7 billion in Malaysia for an oil storage site. Qatar’s commitment to a $4 billion petrochemical project in Vietnam and a $10 billion investment in Malaysian real estate and petrochemicals are another illustration.

However, Indonesia does not possess the economic relationship with the Middle East currently enjoyed by many of its neighbors.

With Indonesia’s size, economic potential and cultural ties as the largest Muslim nation in the world, TTI with the Middle East should be improved. The UAE was Malaysia’s largest trading partner in the GCC in 2013, recording $8.81 billion in trade, compared to Indonesia’s $2.5 billion in trade the same year. Possibilities for greater interaction exist, which should be explored and maximized.

One such opportunity is the construction sectors in Saudi Arabia and Qatar, which have grown 10 percent over the last three years. Saudi Arabia is experiencing a housing shortage, with Riyadh alone expected to need50,000 units of housing per year for the next 10 years. The Saudi Kingdom has initiated a $67 billion project to build 500,000 homes. There is high demand for wooden household products that Indonesia could supply with its $1 billion in timber exports. However, Middle Eastern countries prefer Chinese or U.S. products due to their familiarity, and a lack of confidence and knowledge in Indonesian wooden products concerning quality and price. Diplomats could help promote these products and penetrate the available markets.

Indonesia’s depletion of its fossil fuels is yet another concern, and infrastructure and technology investments are necessary to extract the remaining oil and gas from Indonesia’s maturing fields. The energy dilemma has raised a controversy in Indonesia, as there are plans for the new government to reduce the fuel subsidy.

Speaking with The Diplomat,  Middle East analyst Dr. Naser Al-Tamimi explained, “According to the International Energy Agency, ASEAN countries need $705 billion of investment in infrastructure to supply fossil fuels between 2013 and 2035, of which $205 billion is needed for oil, $460 billion for gas and $40 billion for coal, with Indonesia accounting for nearly 45 percent of the total.”

These requirements provide more FDI entry points for Middle-Eastern countries in the energy sector in ASEAN, and specifically Indonesia.

A boost in economic ties with the Middle East should be the focus of the Ministry of Foreign Affairs, the institution best placed to expose Indonesia’s potential due to its daily contact with prospective investors, traders and tourists. Various stakeholders have shared this outlook.

Cahyo Purnomo, a member of the Indonesian Foreign Investment Coordinating Board who served in the UAE branch for the past three years, echoed this sentiment in an interview with The Diplomat, and called for a greater collaboration with the ministry and its ambassadors.

Iran’s Ambassador to Indonesia, Mahmoud Farazandeh, reiterated the need for the Indonesian government to have a stronger commitment to pursuing mutually beneficial relationships. Iran has always sought deeper economic relations with Indonesia, as the ambassador has pioneered an economic and cultural commission between the two countries since his arrival in 2010. However, these efforts have remained largely stagnant.

The lack of urgency for Middle Eastern economic relations is a major reason for the current undesired predicament. Stronger lobbying by senior officials will be imperative for progress. In 2008, Saudi corporate giant the Bin Laden Group came to Indonesia in search of 200,000-500,000 hectares of land to develop Basmati rice, which ultimately faltered due to the nation’s complicated bureaucracy. The company eventually went elsewhere for its project.

Another example of high-post involvement is the Singaporean Foreign Minister K. Shanmugam, who initiated an ASEAN-GCC workshop in Singapore with his Bahraini counterpart Shaikh Khalid Bin Ahmed Bin Mohammed Al Khalifa. It is a move anticipating next year’s ASEAN Economic Community (AEC) initialization, and the opportunities that will come with it.

Consider the tourism industry, where Malaysia has been aggressively targeting Middle Eastern states, especially Saudi Arabia and the UAE. After the September 11 tragedy, there was a shift in travel by Middle Eastern tourists from the West (such as the U.S., U.K., and France) to other parts of the world. The Malaysian government seized this opportunity and developed a global campaign and research model to attract additional Middle Eastern visitors. It was found that Middle Easterners spent more time and money on their sightseeing visits than any other ethnic group, thus validating the Malaysians’ strategy.

In 2002, only 60,000 Middle Easterners visited Malaysia, but by 2007 that number had risen sharply, to 250,000, and by 2013 it was 325,000. Compare this with Indonesia which received fewer than 100,000 Middle Eastern tourists in 2013. Malaysia also has emerged as the world’s top Muslim-friendly holiday destination, in a survey released in early 2013 by Singapore-based Muslim travel consultancy Crescentrating, and has been at thetop of the list for three years running.

The Indonesia’s Ministry of Foreign Affairs could collaborate with the Ministry of Culture and Tourism to collaborate in developing a specific plan to amplify Indonesia’s strengths to entice potential tourists. An increase in the number of Halal food vendors could be developed, creating programs specifically designed for Middle Eastern families, and establishing an “Arab Town” with complementing aesthetic features are options.

An increase in economic affairs with the Middle East will not only benefit Indonesia’s financial welfare, but it will strengthen its general foreign policy in the region. The government and its citizens have for years yearned to have more of a say in the Palestine-Israel conflict, and one way to gain a persuasive diplomatic voice is through economic relations. Moreover, Indonesia provides one of the highest amounts of domestic workers to the Middle East, and stronger economic ties with that region would help the Ministry of Foreign Affairs fulfill its duty to protect them. Checkbook diplomacy is one way Indonesia can assert its influence globally. However, its lack of economic and diplomatic engagement in the Middle East has left it more passive and isolated than should be the case.