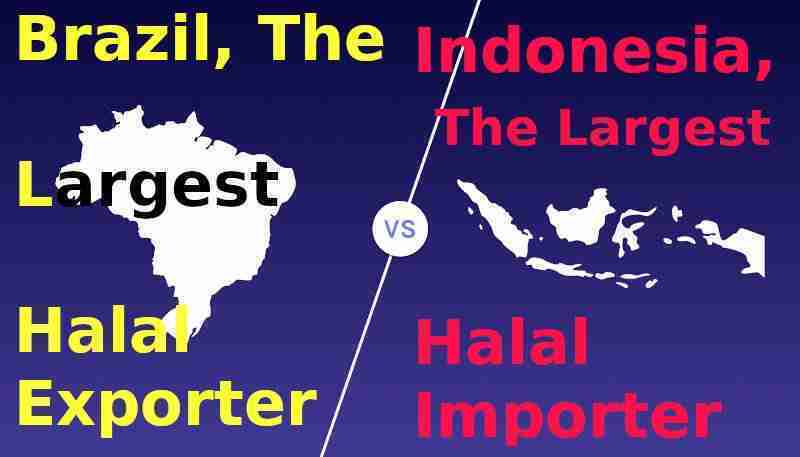 Although Indonesia is the largest Muslim country in the world in terms of population, it, unfortunately, also becomes the largest halal importer. Surprisingly, Brazil is the largest halal exporter in the world. This should be a wake-up call for Muslims around the globe. In fact, almost, 85% of whatever food we, as Muslims consume, comes from non-Muslim majority countries such as Brazil, Australia, New Zealand, Thailand, and so many others.


This painful sentiment was echoed by the Indonesian Ulema Council Food and Drug Analysis Agency (LPPOM MUI) Director, Lukmanul Hakim, who claims that Indonesia has become the largest importer of halal products in the world.

In his opening speech in an international halal seminar at Bangka Belitung, Lukmanul revealed that the total value of those imports amounts to a total of USD 169.7 billion, which he says is an “antithesis for our Muslim-majority country that is yet active in the halal trade and industry.” he said on Wednesday.

As for the largest exporter of halal products, he said it is held by Brazil, mainly in its beef exports and other derivative products.

“At a time where a non-muslim majority country [is the leader] in the halal industry, Indonesia remains to dwell in discussions about halal’s substance, certifications, up to who has the right to issue a halal fatwa,” he quipped.

He further explained that Indonesia’s halal industry has an untapped potential to develop the halal fashion industry, pharmaceutical, cosmetics, and also halal-friendly travel services. Lukmanul said that this has been included in the government’s official program for 2020-2024.