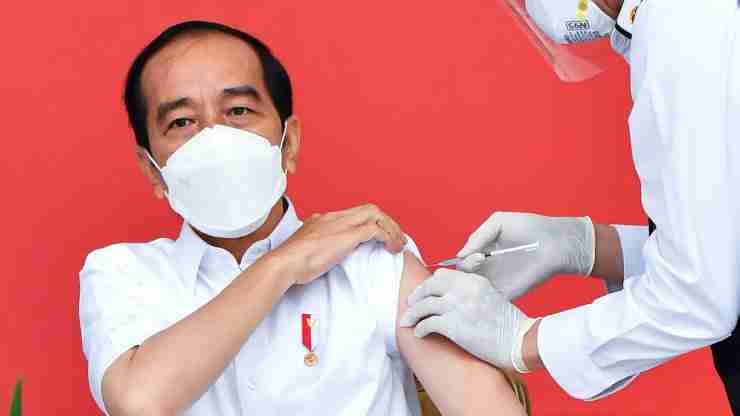 There have been a lot of concerns about the halalness of vaccines being used in Indonesia and elsewhere. Now, thanks to the efforts of Indonesian health authorities, they have locally made a vaccine that is 100% Halal and is currently being tested on humans to verify its effectiveness.

The country plans to launch its home-grown Halal vaccine in August later this year. It also wants to donate the vaccine dozes to poor countries as a part of its diplomatic efforts to strengthen its relations with these countries. It has already started testing the Halal-certified local vaccine on humans.

JAKARTA – Indonesia will seek to launch a home-grown Covid-19 vaccine in August, with the first phase of clinical trials for the Merah Putih vaccine now underway.

Analysts said it was an important development for Indonesia, where more than 65 percent of the eligible population have been fully vaccinated against Covid-19 if a vaccine can be produced domestically from a trusted source.

Research on the vaccine – named for the red and white colors of the Indonesian flag – is conducted by Surabaya-based Airlangga University and local pharmaceutical company, Biotis Pharmaceuticals Indonesia.

The first phase of the trials on vaccine safety, involving 90 adult volunteers, began on Feb 9. This will be followed by the second phase in March with 405 volunteers and the third in April with up to 5,000 volunteers.

The later phases of the trials will test if the vaccine, which uses an inactivated virus, can stimulate an immune response in the human body against the virus.

Professor Fedik Abdul Rantam, who leads Airlangga University’s vaccine research team, told The Straits Times that the vaccine will protect humans from existing coronavirus variants. He did not mention any specific variant.

In pre-clinical trials involving animals, the vaccine’s efficacy against the Delta variant was shown to be 85 percent.

Prof Fedik said the research team hopes to gain emergency-use authorization from the Indonesia Food and Drug Monitoring Agency (BPOM) in July if the trials are successful, and the vaccine will be ready for launch in August.

The vaccine is designed for various groups, including children and pregnant women, he added but said the exact groups would be determined after the third phase of the trials.

Indonesia, the world’s fourth most populous nation of 270 million, has so far relied on foreign vaccines, mainly the Chinese-made Sinovac, which it purchased or received as donations for its vaccination campaign.

More than a year after its vaccination roll-out, 140.3 million people, or 67.4 percent of the 208.3 million eligible, have been fully vaccinated, while 8.5 million, or 4.1 percent, have had boosters.

Health Minister Budi Gunadi Sadikin said the vaccine developed by Airlangga and Biotis can serve as a booster jab or a vaccine for children, especially those aged three to six, while it can also be donated to other nations in need, especially in Africa.

“Our main target is the government’s vaccination program, so it will be prioritized for domestic needs,” he said.

Indonesia has been aiming to develop and manufacture its vaccines domestically since the start of the pandemic.

Six vaccine candidates using various platforms, such as inactivated virus and recombinant proteins, have been developed domestically by several universities and research institutions, including Airlangga University, and their partners since 2020.

The Health Minister has underlined the importance of developing vaccines locally, given the great size of the country’s population and the uncertainty of when the pandemic will end.

“We believe that this pandemic will not end quickly… So having the vaccine ready and developed in Indonesia would be a benefit for all of us,” Mr. Budi said in a discussion with foreign media on Feb 11.

The Merah Putih vaccine project had faced delays and some initial public skepticism, including on religious grounds.

The Indonesian Ulema Council recently granted it a halal certification, giving it a much-needed move to boost public confidence in the world’s largest Muslim-majority nation.

An epidemiologist from Griffith University in Australia, Dr. Dicky Budiman, said the Merah Putih vaccine was a “big and strategic move” for Indonesia, which will need more vaccines in the future for other diseases in its growing population.

“If (vaccine development) can be carried out domestically, potential obstacles related to doubt over its process, research, halal status, and efficacy will decrease. It’s all about trust,” he told ST.

“If people see the research is done in Indonesia by Indonesians, they will have a different level of trust, and this will affect the acceptability of the vaccine.”

Indonesia is now coping with the third wave of the pandemic as the Omicron variant spreads across the vast archipelago.

Why Should We Preserve the Arabic Language?
Next Post:Tourist Spots Globally Have a New Message: Come Back