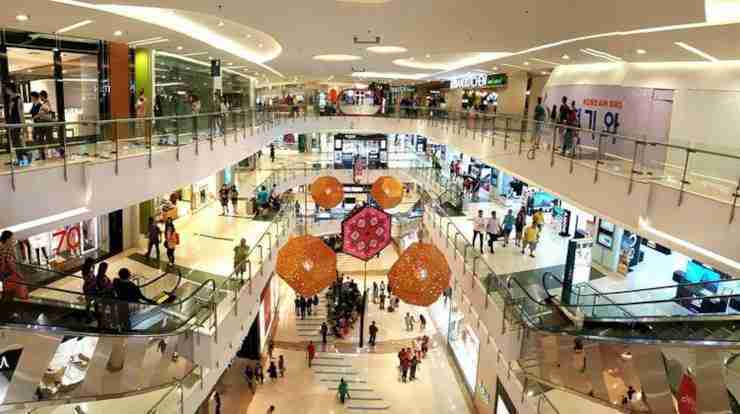 Indonesia’s economy in the third quarter continued to bounce back from its COVID-induced slowdown, albeit at a slower pace than the previous quarter.

Indonesia’s real gross domestic product rose 3.51% in the third quarter from a year earlier, according to data that the country’s statistics agency released on Friday. This was weaker than the median forecast of 3.76% by 21 analysts polled by Reuters. The country’s finance ministry had forecast year-on-year GDP growth of 4.5% for the three months ended in September.

Despite being given a leg up from a low base effect — GDP contracted 3.49% in the same period last year — this marked a significant slowdown from the second quarter when GDP grew 7.07%, the strongest showing in nearly two decades.

Indonesia saw a rapid surge in COVID-19 cases in July as the delta variant swept the country, leading the government to impose tighter social restrictions and hampering the economy.

Private consumption, which makes up over half of Indonesia’s GDP, only rose 1.03% — significantly slower than the second quarter’s 5.96% growth, signaling still weak consumer demand.

However, since the end of July, coronavirus transmissions have rapidly declined, with daily cases now coming in well below 1,000. And with social restrictions having been eased, the country’s economy should accelerate this quarter.

The government is hoping its vaccination program will add momentum to the current trend. While the country’s overall vaccination rate remains low, with only 27.44% of the eligible population being fully vaccinated, according to Our World in Data, Jakarta, the nation’s capital where the bulk of the economic activity takes place, has a significantly higher vaccination rate. Over 75% of its population has been vaccinated.

The finance ministry is expecting annual GDP growth of 4% this year, while Bank Indonesia, the country’s central bank, said after its October meeting that it was expecting 3.5% to 4.3% growth.

“After a momentary drop in Q3, we expect growth to rebound Q4 onward, as domestic restrictions ease and private consumption picks up,” said Sung Eun Jung, an economist at Oxford Economics. “High-frequency indicators are showing early signs of a turnaround in domestic demand. Barring another severe COVID outbreak, we expect a strong rebound in private consumption in the coming quarters, supporting our above-consensus growth forecast of 6.3% in 2022.”

Gareth Leather, the senior Asia economist at Capital Economics, said once the boost from the reopening of the economy fades, the recovery is likely to slow. “The recent surge in commodity prices, which has provided a boost to exports, is likely to go into reverse,” he said. “And while monetary policy is set to remain supportive for some time, we don’t expect much support from fiscal policy.”

“A continued need to support the economy and subdued inflation … means the central bank is in little rush to follow other emerging market central banks by raising interest rates. We think Bank Indonesia will leave rates unchanged throughout next year,” Leather added.

A spot of worry for Indonesia is the winding down of monetary policy accommodation in the U.S. The U.S. Federal Reserve on Wednesday said it will begin tapering the pace of its asset purchases later this month. Fresh in Indonesian memories is the “taper tantrum” of 2013, which led to a wider emerging-market sell-off.

“The balance of macro factors still points to a less severe shock compared to past Fed tightening cycles,” economists at Bank Central Asia said in a recent report, “but 2022 could prove to be more challenging than 2021, especially if domestic inflation begins to flare up.”

Indonesia’s statistics agency also released the country’s biannual unemployment figures on Friday. Around 9.1 million workers were unemployed in August, lower than the 9.77 million in the same month last year. Unemployment stood at 6.49% from 7.07% a year earlier, although the August figure was marginally higher than the February rate, which had clocked in at 6.26%.

Overall, 21.32 million people in the working-age population were affected by COVID-19 in August, statistics agency chief Margo Yuwono said in an online news conference. Of those, 1.82 million were unemployed because of the pandemic, while 17.41 million people experienced reduced working hours due to COVID-19, he said.

Top British Financier Enters Bahrain to Target Islamic Tech Space
Next Post:Why Should You Use Herbal Medicines to Maintain Your Health? (Short Video)