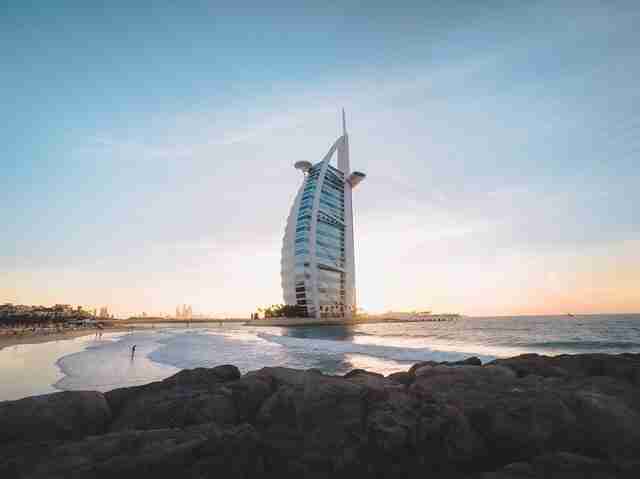 Dubai has overtaken other financial centers in listing Islamic bonds on its exchanges, and is mounting a global drive to attract more listings while developing new channels to trade Sukuk, the chief executive of Nasdaq Dubai said.

The exchange is working on ways to sell Sukuk directly to retail investors, expanding the primary market beyond institutional buyers, and designing a sharia-compliant repurchase agreement, he said.

Dubai launched an effort to list Sukuk in 2013 after its ruler Sheikh Mohammed bin Rashid al-Maktoum declared he wanted the emirate to become a top Islamic finance center. A study published by Nasdaq Dubai this week suggested the effort was succeeding.

Sukuk listed on Dubai’s two exchanges, Nasdaq Dubai and Dubai Financial Market, rose to $36.7 billion last month from $7 billion in 2013, said the study, whose results are broadly in line with Thomson Reuters data. Nasdaq Dubai accounts for the vast majority.

Until 2013, issuers from the Gulf usually chose European exchanges to list Sukuk; that has begun changing. Unlike Europe, Dubai has a stable of local state-linked firms which can be encouraged to issue Sukuk and list them locally. Noor Bank listed $500 million on Nasdaq Dubai last week; Dubai’s government owns over a quarter of the bank.

Also, Dubai is at the heart of a Muslim region, which both supplies Sukuk and provides investor demand, Ali said. While 56 percent of Dubai’s listed Sukuk are from United Arab Emirates issuers, 22 percent are from Saudi Arabia; Ali said he wanted the proportion from Gulf countries outside the UAE to grow.

In response to Nasdaq Dubai’s study, the LSE said it “continues to attract high levels of listings from the Gulf Cooperation Council region, both Islamic-based and conventional finance”. The Malaysian and Irish exchanges did not reply to requests for comment.

Sukuk listings are not the only indicator of health for an Islamic finance center. Another is Sukuk trading turnover; this remains low on Dubai’s exchanges, as many institutions hold instruments to maturity or trade them over-the-counter.

In some ways, Malaysia has a much more vibrant Sukuk market than Dubai, with more small corporate issuers. About $69 billion of Sukuk were issued in Malaysia last year, though many were not listed, regulatory data shows.

Nasdaq Dubai’s plan to introduce an “Islamic repo” contract — a sharia-compliant version of the short-term loans of securities that banks use to adjust their liquidity — could also encourage more active use of Sukuk.

The exchange is discussing a proposed template with local and international banks and hopes to introduce it late this year or in 2016, providing it wins the endorsement of religious scholars. So far, only Malaysia, Indonesia, and Bahrain have taken major steps to develop Islamic repos.

Early last year, Nasdaq Dubai introduced a platform for murabaha, another form of Islamic liquidity management in which one bank buys merchandise and another agrees to buy it at a mark-up. It aimed to grab some of this business from the London Metal Exchange.

So far the new platform has had modest success, trading a total of around $17 billion among three users. The exchange is seeking to attract new participants, Ali said.