Is the Growing Halal Food Industry Losing Its Soul? 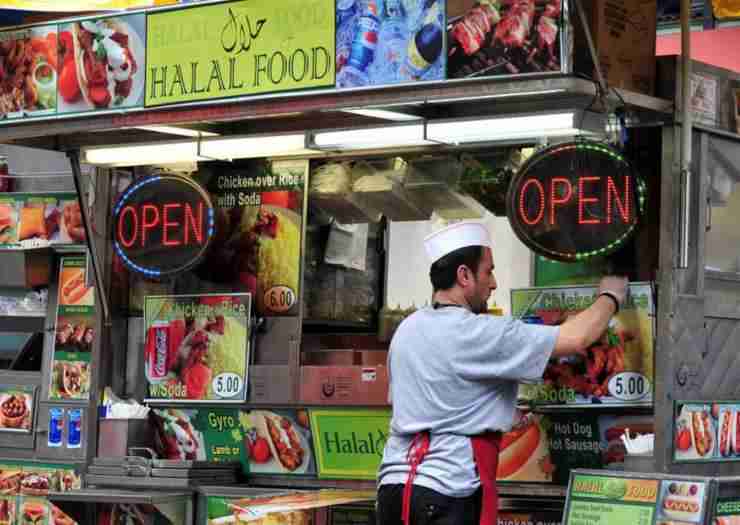 The Halal food industry is expanding all over the world. Even countries like Japan which have a relatively small Muslim population are making inroads into the ever-expanding Halal food industry. Not only Muslims but also non-Muslims flock to Halal restaurants to taste the food which is amazing and is so different.

Thanks to the unprecedented growth in the global Halal food industry, now, it has become a huge global business attracting tens of thousands of billions of dollars from governments and the private sector alike.

Although, the market for Halal food is expanding rapidly. But, where some see an opportunity, others see an attempt to reduce religious faith to a marketing buzzword. And, we, the professionals working in the Halal media industry, hear concerns about this from Muslims and non-Muslims alike wherever we go.

First-generation Muslims living in non-Muslim majority countries like Japan and the US, Europe, etc. are keen to use Halal food in their daily diet. Despite living in these countries for a long time, they still try to keep to the dietary guidelines observed by their Muslim families back in their motherlands, which, among other things, forbid alcohol and pork, and require the prayerful slaughter of animals.

And, while finding foods certified as Halal (translated to “permitted”) once required a trip to specialty grocers in Muslim-majority neighborhoods in countries like Japan, the US, and Europe, many of these foods now can be found almost everywhere.

“The thing about Halal is, you can cater to any demographic,” Sarmast, the first-generation Muslim from India currently living in the US says. “It can be Halal Mexican, Halal Chinese, Halal Greek. If you cater to different people, different cuisines, you’ll attract a crowd.”

Sarmast is in the vanguard of a group of social influencers who are expanding that crowd. Through popular blogs, videos, and social media, these Muslim Americans are trying to bring Halal away from just the food truck, street vendor’s cart, and faith-led kitchen.

These new Halal foodies, or self-described “haloodies,” have contributed to a boom that is attracting non-Muslims to Halal foods in their favorite restaurants and their homes. It’s also leading some Muslims to question whether the essence of the practice is being lost in the growth process.

“It’s a place of gratitude—gratitude for the animal for making the sacrifice of its life, and gratitude to Allah for allowing me to eat this meat.”

“Halal is not just a food cart,” says Sarmast, who hosts Sameer’s Eats, a video blog where tens of thousands of people watch him visit New York-area eateries to sample pizza, soul food, and even bacon made from beef or turkey. Now, non-Muslims are saying, ‘Wow, I gotta get a piece of that burger.’

The practice requires that animals be slaughtered by a specially trained and certified practicing Muslim, who must recite the name of Allah before making a single cut across the animal’s throat.

Besides the ban on alcohol and pork, Muslims trying to eat pure Halal foods must avoid gelatin, enzymes, emulsifiers, and some flavorings if they can’t be certain their origins are Halal. Animal antibiotics and hormones are also out. Genetically modified foods and ingredients are generally acceptable if engineered from Halal organisms, but not if animals suffered in their making.

Most Muslims consider eating Halal essential in their relationship with Allah no matter where they are living.

“There is sacrifice, intention, and consciousness” to Halal foods, says Maffei, who writes My Halal Kitchen from Chicago and Turkey, and published a cookbook by the same name in 2016. “The process is very intentional and is dedicated to Allah. It means we can feel good about what we are eating.”

Zabihah, the name of Amanullah’s website, refers specifically to guidelines for slaughtering animals. The site offers Halal restaurant and food reviews to 20 million unique users around the world annually. For him, Halal is largely about thoughtful intentionality.

“The first time I saw Halal slaughter, it made me mindful,” Amanullah says. “Now I pause when I eat meat. It’s a place of gratitude—gratitude for the animal for making the sacrifice of its life, and gratitude to Allah for allowing me to eat this meat.”

Maffei, who converted to Islam as an adult, believes interest in Halal foods blossomed partly because of a growing interest in eating “clean” foods that go beyond the Muslim community. When she promoted her cookbook, she says, more non-Muslims than Muslims came out to hear her talk.

“I think it is because of the transparency factor,” Maffei says. “When you talk about halal food you are talking about what is in the food. Consumers know that if they buy a halal product, they know what is in it.”

Bloomberg figures the U.S. halal market makes up $20 billion of that annually—up from $15 billion a few years ago.

Adnan Durrani, founder, and CEO of The American Halal Company says that 80 to 85 percent of people who purchase his company’s popular Saffron Road Halal food products are non-Muslim. Halal is their way of identifying with a “food tribe,” or community.“They see Halal as a journey to better values, to ethical consumerism, and a better environment,” he says.

That journey is reflected in Saffron Road’s success. Since its founding in 2010, the Connecticut-based company has grown to provide 70 products carried by 20,000 retail outlets with $45 million in annual sales. On offer is everything from chicken tenders to chicken tikka masala.

The overall Halal food market is growing, as well. Thomson Reuters estimates the global halal market at $1.8 trillion this year, and Bloomberg figures the U.S. halal market makes up $20 billion of that annually—up from $15 billion a few years ago. American retailers from Whole Foods to Walmart now carry halal meat, prepared foods, and health and beauty products.

Saffron Road’s Durrani tags millennials as the chief drivers of that growth.

“They are multicultural and adventurous,” he says. “And they are diverse and progressive, more likely to come into contact with Muslims and know about halal foods than the generation before them. So halal foods fit right into their value system, whether they are Muslim or not.”

Also pushing growth in the market are first-generation Muslim Americans, whose tastes have moved beyond their immigrant parents’ foods to the staples of their adopted countries—meat pies and toad-in-the-hole in Great Britain, bacon cheeseburgers, and barbecue in the United States.

“They can celebrate their comfort food as American Muslims—burgers, tacos, pizza,” Amanullah says. “That’s why the fastest-growing type of food you find on Zabihah is the Americana, the chicken, and waffles. People want the halal version of what everybody else is eating so they can project to their American peers, ‘I can be one of you without sacrificing what is important to me.’”

When Amanullah launched his website in 2009, it listed 200 halal restaurants, most of them in California, where he then was based. It has now verified 40,000 halal restaurants and markets around the world. Most of the site’s growth comes from Muslim-minority countries such as the United Kingdom, the U.S., Canada, and Russia, he says.

But halal’s higher profile also has brought controversy. Several European countries have banned halal—and kosher—slaughter after opponents framed it as cruel because the animals are usually either not stunned or only lightly stunned. Similar bans have been sought by animal rights activists in the U.S. and the U.K. for the approximately 15 percent of halal slaughter in those countries that kill the animals without stunning. Muslims have said that violates their religious freedom.

Muslims of all backgrounds are concerned that the growing availability of halal is a way for corporations to take advantage of them.

Romi Mukherjee, a sociologist, and historian of religions who teaches at New York University’s Paris campus says some Muslims fear that the spiritual element of eating halal described by Maffei and Amanullah is getting lost. “There is suspicion among traditional Muslims about halal becoming a stand-in for religious philosophy,” he says. “They say Islam is not simply what you put in your mouth or how you dress, but about theology and dogma. Without these, halal is not enough.”

Mukherjee says the trend plays out among young urban Muslims who adopt halal, and a beard or headscarf, as part of their identity. “It is not about whether the food is good or authentic. All that matters is that sticker. It is just about code. It is the opposite of dogma. They think, ‘These are the rules of Islam and I do them, so I am a Muslim.’ But they don’t know what the rule means.”

Muslims of all backgrounds, he says, are concerned that the growing availability of halal is a way for corporations to take advantage of them.

Still, halal food products, especially beef, lamb, and chicken, are being embraced beyond the Muslim community.

Moreno, who is not a Muslim, first visited The Halal Guys at the suggestion of a Muslim classmate. This was his seventh visit.

“I like the food, I like the sandwich,” he says, over the remains of a grilled chicken gyro with lettuce, tomato, and a liberal slather of the chain’s famous white sauce. “It is really good meat and they know how to cook it,” he says. “It is one of my favorite restaurants.”

Of course, halal’s rising star coincides with rising Islamophobia in the U.S., a curious contrast. In a 2017 NPR story, Krishnendu Ray, chair of the department of nutrition and food studies at New York University, noted that halal consumption was so low nationwide that “any increase in the consumption can look like a huge uptick in growth.” Ray also pointed out that ironically, the growth of halal food could further stoke anti-Muslim prejudice, as “the growth of the halal market becomes evidence of an explosion of Muslim-ness and fuels conspiracy theories about the impending imposition of sharia law.”

That said, halal food is building bridges to non-Muslims in other ways. Saab has used her one-time fame as a Masterchef TV contestant to promote “Dinner with Your Muslim Neighbor” gatherings. Over halal meals she and her husband prepare, they invite people of other faiths, or no faith, to ask questions about what it is like to be a Muslim American.

“Sitting around a table and sharing food can bridge divides,” says Annisa Helou, whose 2018 cookbook Feast: Food of the Islamic World was a bestseller in the U.S. and the U.K.

A lot of our learned readers have raised this issue too. They express their dismay about the problems associated with this non-stop growth of the Halal industry. The real essence of Halal food is disappearing fast as many Halal food businesses around the world have started giving more importance to business instead of providing Halal food as a religious obligation.

Halal Japan, a sister site of The Halal Times, had covered a similar topic for the Japanese Halal food market. You may find it an interesting read on this link.

We would like to hear from you about the issues which are only recently popping up especially in non-Muslim majority countries like the US, Europe, and Japan, etc.