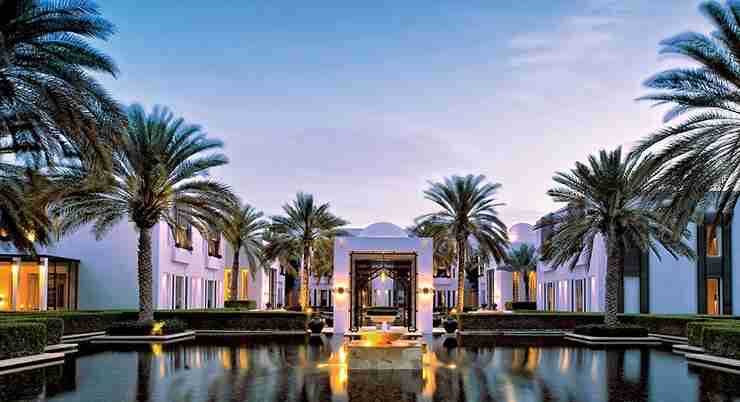 Muscat: Oman’s Islamic financial institutions are showing robust growth with the value of gross assets touching OMR2.25 billion by the end of 2015, accounting for a 7.45 per cent market share of the total banking industry, said Hamoud Sangour Al Zadjali, executive president of the Central Bank of Oman (CBO).

Islamic banks and window operations are expected to ramp up this market share to 10 per cent of the entire banking industry by 2018.

Addressing the Islamic Finance News (IFN) seminar on Islamic finance here, the CBO chief said gross finance had also grown to touch OMR1.78 billion by 2015-end, indicating a market share of 8.86 per cent. All these achievements were reported within a short span of about three years, despite teething problems faced by these institutions.

Al Zadjali, who delivered the key note address, said two full-fledged Islamic banks and six Islamic banking windows have been established, which have a combined network of 60 branches spread across the country. “Eight more are in the process of being established.”

“This is a starting point and the future is positive,” added Al Salmi, while participating in a panel discussion on Islamic banking and finance in Oman. “Being a late entrant, we have had the opportunity to learn from the experience of other countries, which helped us to avoid the mistakes,” noted Al Salmi.

The CBO chief noted that the Sultanate, being a late entrant, had benefited immensely from the experience of other countries. “The hallmarks of our approach have been adopting of accounting standards of Accounting and Auditing Organisation for Islamic Financial Institutions (AAOIFI) and guidance by Islamic Financial Services Board (IFSB) standards in the beginning itself.”

Al Zadjali also noted that much emphasis had been laid on the training of staff, creating awareness among the public and disclosures.

He also noted that a series of sukuk (Islamic bond) issues and the simultaneous development of the takaful business are positive signals for the all-round development of Sharia-compliant businesses in Oman.

Dr Jamil El Jaroudi, chief executive officer of Bank Nizwa, said the banking penetration level for Oman in the region was pegged at 14 to 16 per cent, which is against an average penetration level of 20 per cent in the Gulf. He also noted that the incremental deposit growth in the banking industry was in favour of Islamic banks. “Out of the total OMR2 billion added as deposits, 40 per cent of it was from Islamic banks. This shows that there is still room for this industry to grow,” added Dr Jamil.

Featuring a series of panel discussions, case studies and presentations, the event highlighted the opportunities available in the fast-growing Omani Islamic market for both capital-raising and investment.

Times of Oman was the media sponsor of the Islamic Finance News conference.

The first panel discussion, entitled “Islamic Banking and Finance in Oman: An Industry Roadmap,” focused on Oman’s changing financial landscape and its outlook within five years. Providing insight into the market and how best to maintain the growth of corporate and retail banking was a panel featuring CMA’s Al Salmi, and Bank Nizwa’s El Jaroudi, among other industry experts.

Commenting on the seminar, El Jaroudi said, “Bringing such a groundbreaking event to Oman reflects the Sultanate’s stable macroeconomic environment and the rapid development of Islamic banking over the last few years. Despite being a relatively young industry, Islamic banking has grown by leaps and bounds, gaining momentum on the back of continuous innovation, outreach programmes, expansive services and exceptional customer service. As such, this seminar provided market players and regulators with an opportunity to exchange ideas and best practices, as well as identify prospects for growth and draw-up a strategic but more importantly implementable roadmap that leads to more milestones.”

IFN is a digital, subscription-based publication available online and through smartphone and tablet applications. Published weekly, the journal provides exclusive and comprehensive coverage of the global Islamic financial markets through in-house analysis and expert external contributions; in addition to a daily news service, additional quarterly supplements and a variety of special annual issues. The leading publication started 2016 with this industry seminar in Oman after organising similar events during 2015 in the United Arab Emirates, Saudi Arabia, Qatar and Kuwait.

Why Islamic Finance Booming Around The Globe?
Next Post: Singapore Aiming To Become A Global Halal Hub