Why Islamic Finance Is Booming Around The Globe? 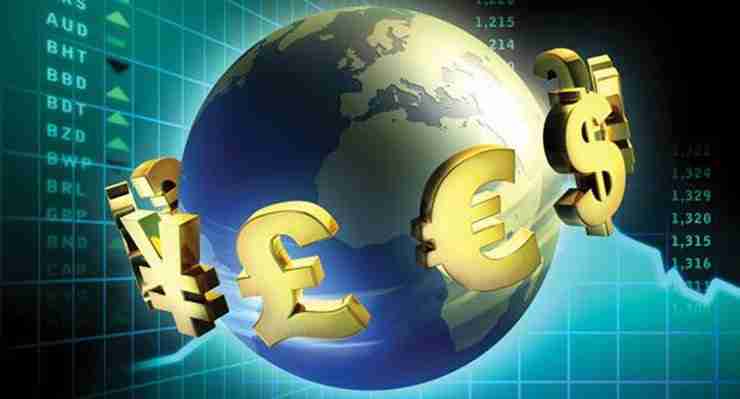 There is no doubt that Islamic finance is growing around the world. Sector expert Camille Paldi says Islamic finance is booming, but it needs proper regulatory, reporting, and resolution framework and tailored standards to continue its rapid expansion.

There are currently around 500 Islamic banks operating in 75 countries around the world and Islamic finance is growing at 10-15% per year with GCC Islamic banks constituting 70% of the global total.

Camille Paldi explains, “Islamic finance is booming around the world and is an alternative source of financing. With proper regulation, financial reporting, and dispute resolution, Islamic finance has a healthy and vibrant home alongside and in cooperation with the conventional banking system.”

A two-day Islamic Finance and Banking Workshop, organized by the Franco-American Alliance for Islamic Finance (FAAIF), of which Camille Paldi is Chief Executive Officer, has just taken place in Philadelphia and Chicago, USA. Other workshops are being held in Seoul, Korea, Kanawaza and Tokyo, Japan, and Beijing, China, later in the year.

Ms. Paldi says, “It has been suggested that Islamic finance is as common now in the UK as conventional finance and soon it may be as American as apple pie.”

Non-Muslim countries are also tapping into the Sukuk market, she says, For example, Germany issued US$123million Sukuk ijarah in 2004, and in 2006, in the USA, East Cameron Gas, a Louisiana-based oil and gas company, issued $167million Sukuk musharakah. General Electric (GE) issued $500million Sukuk ijarah in November 2009 and Goldman-Sachs in New York issued the same in September 2014.

“In 2014, Luxembourg was the first AAA-rated government to issue a euro-denominated Sukuk in a €200million five-year Islamic Bond. Also in 2014, the UK was the first Western nation to issue a £200million sovereign Sukuk, maturing on 19 July 2019. In 2015, Australia’s SGI-Mitabu issued the first Islamic finance offering by an Australian Corporate, an AU$150million Sukuk in Labuan to fund its Indonesian 250-megawatt solar project.”

The sector is also expanding in:

The first French Sukuk of €5million was launched in 2011 in the French fast-food sector. In 2012, two more Sukuk were issued in France for both individual and institutional investors.

The Seychelles and Ghana became the first countries in Africa to issue Islamic bonds in 2006 and 2007. In 2013, Nigeria issued a $62million Sukuk. Senegal raised $200million through a Sukuk issuance in 2014. South Africa issued a $500million Sukuk in September 2014, which was more than four times subscribed, with an order book of $2.2billion. Even Gambia and Sudan have issued Sukuk, however, for small amounts and on a short-term basis.

The first Sukuk was issued in Japan by Aeon Credit Services in Malaysia in 2007. Next, in 2010, Nomura Investment Company issued Sukuk in the US do. In 2012, Toyota Motor Corp. sold $88million of Sukuk in two offers via its unit Toyota Capital Malaysia Sdn. due for maturity in May 2015. In 2014, the Bank of Tokyo-Mitsubishi UFJ (Malaysia) Bhd set up a $500million multi-currency Sukuk program and is also considering the world’s first yen-denominated Sukuk.

The People’s Republic of China has been taking the steps necessary to facilitate Islamic finance transactions in China and Hong Kong to prepare China for competition in the Sukuk, Islamic funds, and Islamic finance industries. As of January 2015, the government has approved plans to accelerate 300 infrastructure projects valued at 7trillion Yuan. Since 2006, seven Sukuk with a value of $5.8billion has been listed on the Hong Kong Stock and two renminbi-denominated Sukuk by Khazanah National and Axiata. Riding on the Sukuk momentum, after Hong Kong’s debut $1billion Sukuk, the government of Hong Kong announced another $1billion Sukuk offering. In addition, Ningxia Province plans a $1.5billion Debut Sukuk sale in 2015/2016.

“Banks across the industry use different accounting methods and reporting techniques and this leads to confusion, inconsistency, non-transparency, and possibly a misleading representation of the true financial health of the EFI. The special nature of Islamic banking requires tailored standards to promote full disclosure and transparency of the EFI.

“It is recommended that the industry adopt the KFH (Bahrain) B.S.C.(c) Public Disclosure Report as a template for financial reporting to be used industry-wide and that regulations including those for capital adequacy and accounting are tailored to and harmonized across the industry.”

Camille Paldi is a United States citizen and has qualified as a lawyer in four countries including the UK in addition to earning seven university degrees including an MA in Islamic finance from Durham University in the UK in 2014. She is the only US citizen to graduate from the Durham University Islamic Finance Program as well as receive training in Islamic finance and Shari’ah in the UAE, Bahrain, Qatar, Pakistan, and Malaysia.

Halal Wagyu Beef Of Japan Attracts Swath Of Visitors at Gulfood
Next Post:Islamic Banks` Market Share In Oman Set To Reach 10% By 2018