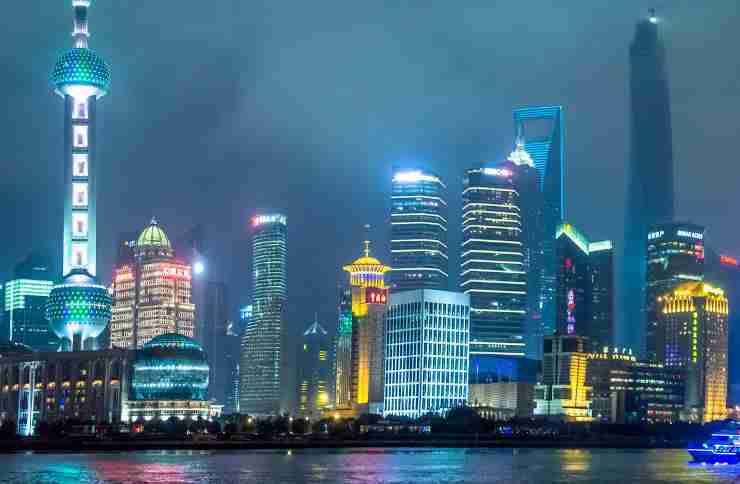 Islamic Finance has become a potential growth sector in China after the COVID-19 pandemic is over. This year’s GDP growth of China, the world’s second-largest economy and a major manufacturing hub are forecast to reach a 44-year low of just 2.5%, Chinese policymakers are planning for a rebound in various sectors of the economy after the pandemic.

One such sector bustling with activity is Islamic finance which has grown in importance in China since the country embarked on its multi-decade mega-investment and development program of the New Silk Road. It is officially known as Belt and Road Initiative, or BRI. The fact that China started pursuing BRI projects across Central and Western Asia brings with it the issue of dealing with many Muslim-majority countries.  27 of the 65 countries that have joined the BRI are Muslim-majority countries.
That is expected to spur the growth of the Islamic finance sector in the Middle East and Africa after the COVID-19 pandemic is over.

“Some of the BRI projects will go through core Islamic finance countries and therefore will likely be financed in Shariah-compliant ways,” Mohamed Damak, global head of Islamic finance at S&P Global Ratings said in an analysis of China’s BRI ambitions.
The BRI, launched by Chinese President Xi Jinping in 2013, is one of the largest infrastructure and investment projects in the world in history, covering so far around 70 countries, as well as 65% of the world’s population and 40% of the global GDP. China said it is ready to spend nearly $150bn a year in and together with the countries that have joined the initiative.
Expanding across Central and Western Asia and eventually the Middle East, the BRI leads through many Islamic economies and jurisdictions that have a large base of Muslim consumers, so it is obviously advantageous for Islamic economy sectors, namely Islamic finance, and halal trade, to join and contribute to the BRI.
On board are, among others, already a number of Islamic finance institutions, starting with the Islamic Development Bank which entered a cooperation with China-dominated Asian Infrastructure Investment Bank mainly to provide Shariah-based infrastructure financing for the BRI. The Industrial and Commercial Bank of China has opened a Shariah banking window tailored for BRI financing products, while Qatar National Bank and Qatar International Islamic Bank partnered with Chongqing-based Southwest Security to tap the capital market of the Gulf Cooperation Council (GCC) countries for Shariah-compliant BRI investments.
Another major player, the Chinese industrial conglomerate Hainan Group, has been issuing Islamic loans starting from 2015. It became the first company in mainland China to obtain financing through Islamic finance, with an initial focus on funding vessels for the maritime segment of the BRI.
As a result, Islamic finance has become a crucial element for the implementation of the BRI, and Islamic banks mainly from the Middle East and Southeast Asia have been committing to investments not only in the BRI, but also in China directly after the country in the past years started amending banking regulations to facilitate the development of Islamic finance on its own soil.
This is a major step after China’s interest in Islamic finance grew after the 2008/09 global financial crisis, which triggered a debate also in China over the greater sustainability and norms of Islamic finance as compared to a vulnerable conventional finance sector prone to toxic loans, as well as the ethical principles of Islamic finance which appeal to a new type of responsible investors, be it private or institutional.
While most of the Islamic financing activity China is currently focused on is related to the projects outside the country, there is also the development of the sector within China itself, albeit at a slower pace.
Last year, a Chinese real estate company Country Garden announced a plan to issue medium-term Sukuk through a subsidiary in Malaysia.  It is expected that Shanghai will become an Islamic finance hub as it is one of the largest financial center in the world.

Halal Food Demand Rises In Indonesia Amid COVID-19 Pandemic
Next Post: What Is The Future Of The GCC Economies in The Post-COVID-19 Era?