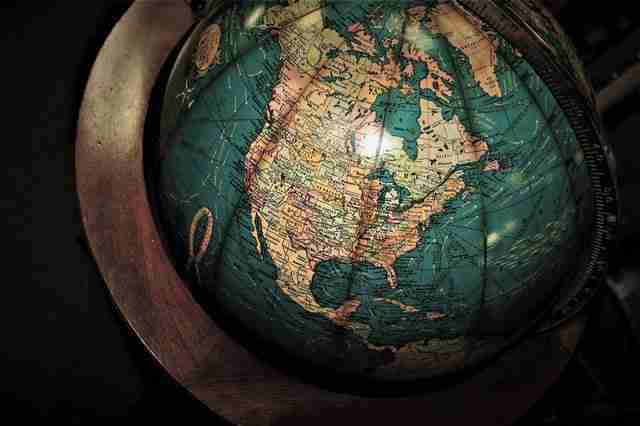 As more Western companies do business in the Middle East, Islamic finance has become an increasingly important part of the global economy. But Islamic finance follows different rules than conventional Western economies, in keeping with sharia, the Islamic legal system. Demand for sharia-compliant banks is growing rapidly, with Ernst & Young projecting an annual growth rate of 19.7 percent by 2018.

Bankers and businesses preparing to deal with this emerging economic trend in the global economy need to be aware of some basic differences that separate Western and Islamic finance.

The Principles of the global economy

While sharia financial principles are as old as Islam, sharia-compliant banks have been growing in importance since the mid-1970s, when rising oil prices increased petrodollars’ influence. Sharia-compliant finance is based on a few fundamental principles. For an in-depth understanding of these principles and their application, Moody’s Analytics offers Islamic finance seminars that cover core principles, banking products, trade finance, and how these differ from Western counterparts.

A central principle is avoiding “riba”, or usurious interest (riba means “excess” or “addition”). Sharia considers money a tool for measuring value and not an asset in itself. It regards making money off interest as excess, unjust compensation.

Another important principle is avoiding “gharar,” or uncertain risk. Selling items that are based on uncertain future events are considered to be the same thing as gambling, which is forbidden to discourage irresponsible and fraudulent behavior.

Additionally, sharia discourages investments in businesses that promote behavior forbidden by Islamic law, such as alcohol and pork consumption, gambling, and prostitution, and pornography.

To comply with these principles, sharia finance follows a few practices specific to Islamic law. The most prevalent is a profit-and-loss-sharing contracts model called “mudarabah.” At this stage, a group of investors joins with a bank to invest in mutual funds, involving assets screened for sharia compliance. The investor supplies capital, the bank supplies expertise, and both agree in advance on how profits will be split. This substitutes shared profit and loss for interest and does not place the burden of uncertain risk on either party.

Another important practice is a partnership and joint stock ownership method called “musharakah,” which is often used to finance home purchases. Here, the bank may transfer ownership to the homeowner in one of several ways that avoid interest. One variation of musharakah involves the homeowner and bank jointly purchasing the home, with the bank gradually transferring its equity to the homeowner as he makes payments. Another variety involves lease-to-own arrangements where the bank buys the home and agrees to transfer ownership to the homeowner after a fixed term, with each payment going toward the lease and the balance toward the home’s purchase price. A third version is an installment arrangement called “Murabaha,” which is similar to Western rent-to-own agreements. This is when an intermediary buys a home and agrees on a sale price to a prospective buyer for a fixed profit, payable in a lump sum or installments.

Sharia law also has a special version of leasing, called “ijarah.” This is when the lessor sells the right to use an object for a fixed time period and price.

Sharia-compliant financing also uses special investment vehicles. For instance, with sharia-compliant bonds, called “Sukuk,” the issuer sells financial certificates to an investor group that owns them until they rent them back to the issuer in exchange for a fixed return.

Implications for Banks and Businesses in a global economy

Sharia-compliant finance has implications both for Muslims and non-Muslims doing business with the Islamic world. Some Western financial institutions, such

as France’s Société Générale, Japan’s Tokyo-Mitsubishi UFJ, and America’s Goldman Sachs are beginning to use Sukuk to raise money.

Path Solutions Group Chairman and CEO Mohammed Kateeb say a mistake financial institutions need to avoid is trying to customize conventional banking systems for sharia compliance. The two systems have fundamental differences, so trying to combine them wastes money and effort. Instead, Kateeb says that sharia-compliant systems should be built from the ground up.

Kateeb also cautions that sharia finance applications are not standardized throughout the Muslim world and global economy, and a one-size-fits-all solution can lead financial institutions into problems. He explains that a successful approach must employ flexible technology that has regulatory reporting tools built into the system.