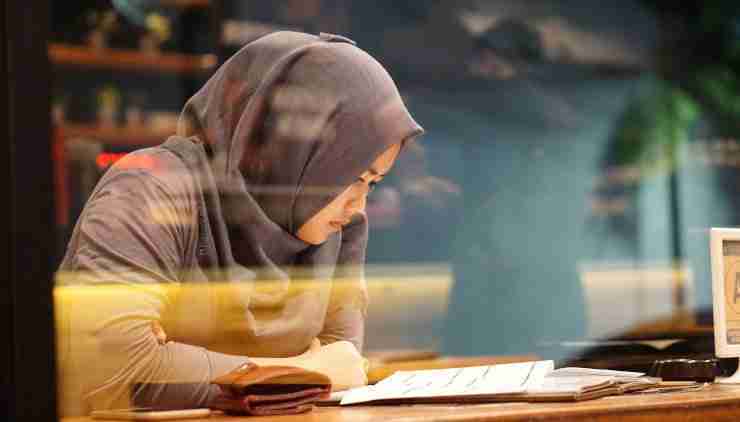 Islamic fintech companies are getting ready to serve their Muslim customers. These companies are facing a lot of technical, Shariah-compliant, and other regulatory challenges in the markets they are serving. However, they are confident that they can grab a major chunk of the Islamic finance market globally by offering their services.

“Is it halal to buy shares in Tesla?” a young Muslim would-be investor asks on Twitter.

Islamic finance — an amalgamation of Sharia law and modern banking — has become a $2 trillion business over the past two decades, covering everything from bonds to buying cars.

But with complex standards set out by several Islamic bodies, it’s not easy for observant Muslims to decide whether or not an investment is halal (religiously permissible).

However, new technology is helping. They are acting as Robo advisors.

Tesla, the American electric car pioneer, for example, is considered 96% Sharia-compliant, according to the Zoya mobile application.

The app screens US-listed stocks based on criteria issued by the Accounting and Auditing Organization for Islamic Financial Institutions (AAOFI), one of several bodies that set Islamic finance standards globally.

Islamic funds are banned from investing in companies associated with tobacco, alcohol, pork, or gambling or armament.  Earning interest is also banned in Islam as it is called “usury.”

Islamic bankers are hoping that modern platforms will open the industry up to young investors and that its innately ethical credentials will prove to be another draw.

Mehdi Benslimane, a Global Expansion Strategist at Wahed Invest, said the guidelines in religious texts boil down to two conditions.

“A business must have a real economic impact, not just a speculative one. And it must have a positive contribution to the world,” he told AFP.

Not just for Muslims

According to the rating agency Standard & Poor’s, the Islamic finance industry has grown to be worth $2.1 trillion.

In projections made before the coronavirus outbreak, it predicted the sector would “continue to expand slowly” in 2020.

The meltdown the coronavirus pandemic has caused in other parts of the economy had prompted fears of a collapse in the sector. Dubai Islamic Bank has already delayed a planned issue of Shariah-compatible bonds, according to Emirati media reports.

Yet Islamic finance — based on the concept of shared profit and loss, thus minimizing risk for banks — has fans well beyond the Muslim world.

For example, the Jeddah-based Islamic Development Bank in November signed an agreement with Japan’s mammoth pension fund to support the development of sustainable Sharia-compliant products.

And the Responsible Finance & Investment (RFI) Foundation, a think-tank, has talked up its ability to respond to the latest crash, due to the fact it is anchored in the real economy.

It also suggests that profits on investments in industries such as protective medical equipment could be donated to charities, helping tackle the coronavirus crisis without breaking the Islamic ban on interest payments.

But the sector’s current slow-moving nature may hobble its ability to respond to crises.

The emphasis has been on growing the market rather than making it more efficient, said Mohammed al-Sehli, CEO of Wethaq Capital, a Dubai-based fintech firm.

The sector must focus more on innovation after “suffering from lack of innovation, standardization, and automation of processes,” he told AFP.

Before the novel coronavirus pandemic forced them to work from home, young men and women — in traditional abaya robes or jeans and T-shirts — sat on bean bags or hunched over their laptops in an open working space at Dubai’s FinTch Hive.

“If you’re targeting countries like Malaysia, Indonesia, and Saudi Arabia… you have to be able to offer a (sharia-compliant) solution,” Mazrouei told AFP.

However, Islamic fintech firms face a string of obstacles that don’t bother their traditional counterparts.

“The main challenge… is to make sure that the whole supply chain, the regulations are actually tested and verified by the Sharia scholars,” said Mazrouei, a former computer scientist and a Harvard graduate.

Talal Tabbaa, the o-founder of blockchain-based fintech company Jibrel.com which connects investors with start-ups, describes an industry where cultures can collide.

The approach of some Muslim scholars who approve financial products “is not technological, it is very manual and, in my opinion, subjective too,” he said.