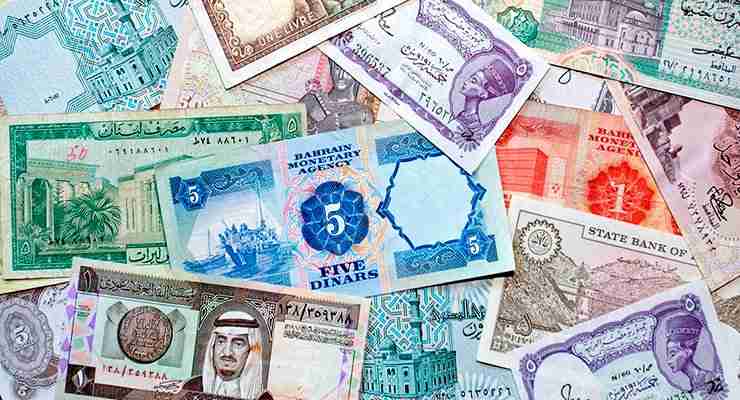 DUBAI — The halal economy is set to grow as the world’s Muslim population expands and more products are certified to comply with Islamic sharia law, experts said on Tuesday.

The range of halal products, from goods not containing pork or alcohol to financial and tourism services, is rising as the global Muslim population grows.

“They are growing because we are increasing by 2.5 to 3 percent every year. Islam is the fastest-growing religion,” said Muhammad Chaudry, president of the Islamic Food and Nutrition Council of America.

He added that many products that were sharia-compliant by nature are now being certified as halal, contributing to the increase in the size of the halal economy.

“When we talk about the halal economy growing by 20 percent, it is the conversion from indiscriminate we-don’t-know-what’s-in-it economy to a definitely halal-certified economy,” he told AFP at an Islamic economy forum in Dubai.

The rising demand for halal products has seen businesses, restaurants, and hotels across the world cater to the needs of Muslim clients, Chaudry said.

“Halal is a lifestyle. Countries like Japan and Korea are taking the lead to convert their restaurants and hotels into halal-friendly so they can attract more tourists from Muslim countries,” he indicated.

“Halal is a global entity. We are looking at 1.8 billion consumers,” he added, referring to an estimate of the world’s Muslim population.

The head of the Emirates Authority for Standardisation and Metrology, Abdulla Al Muaini, said the Muslim population, expected to reach 2.2 billion in 2030, is a “core market” for halal products.

He pointed out that the Organisation of Islamic Cooperation values the global halal sector at $2.3 trillion.

“Halal industry is expected to be one of the steady growing sectors across the global economy,” he added.

Separately, 24-year-old Nurnadille Elena, dressed in a headscarf and full-length robe, takes notes intently as the man before she introduces himself.

The two are at Halal Speed Dating, a new matchmaking event in Kuala Lumpur that is helping Malaysian Muslims find partners in a largely conservative society where courtship is frowned upon and marriages are often arranged.

The dating service is halal, meaning permissible under Islamic law, as it is practiced with an Islamic approach: women speed daters must be chaperoned by a wali, or guardian until she gets married and who permits her to do so.

“I brought my parents as they are the best people who can guide me to find someone,” said Nurnadille. “I’m focusing on finding someone who can willingly accept me for who I am.”

Malaysia is a largely moderate Muslim country, where Islam is the official religion and ethnic Malay Muslims make up two-thirds of the 30 million people.

Many young Malaysians meet as young people do in many places, including through the dating app Tinder and on Facebook, but dating is complicated for young Muslims in Malaysia, where public displays of affection and intimacy before marriage are strictly disapproved of.

Halal Speed Dating’s founders say most of their clients hope to find a spouse. A client can shortlist up to three possible partners but can only negotiate marriage with one at a time, by Islamic rules.

“Halal Speed Dating is the anti-Tinder,” co-founders Zuhri Yuhyi, 34, and Norhayati Ismail, 41, said in a release, referring to the US-based dating app that has gained a reputation for free and easy matchmaking.

“Instead of casual hookups, Halal Speed Dating is about dignified and chaperoned meet-ups with the intention of marriage. In fact, we do not condone the modern dating that is commonly practiced,” they added.

They say their system can prevent what they see as the social ills of premarital sex and adultery, which they believe are fostered by apps like Tinder.

Norhayati remarked that it is not just Muslims who are interested in their system and making inquires.

“I can tell people are looking for something new,” she said.

The founders have organized the event twice in Kuala Lumpur. The first time in May when about 80 people joined, and the second time last week with 60 hopefuls.

About 2,300 people have signed up to attend a session, most of them urban professionals between the ages of 25 to 35.

Mohamad Fauzan, 26, who helps to run his family business in Kuala Lumpur, halal speed dating provides another option in his quest to find true love.

“I’ve done online dating and gone on blind dates, but in our religion, going halal is the better thing to do. It’s better to first get the permission of the parents, but I’m open to all options,” he said.