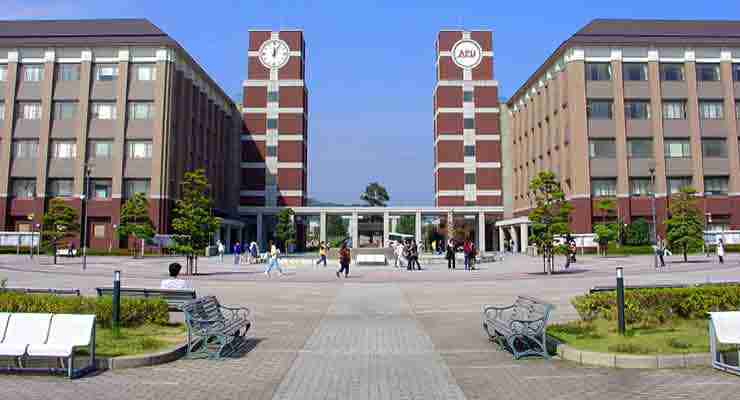 Tokyo – Japan is fast becoming a Halal-friendly country. The government as well as the private sector are making conscious efforts to make the concept of Halal nearly a universal phenomenon. Public and private university cafeterias in many campuses are getting Halal certification to satisfy their growing population of Muslim students from many different countries.

Utsunomiya University near Nikko, the famous resort place, started offering Halal recommended menus in Oct 2015. In the same vein, many other campuses not only offer halal food in their cafeterias but also provide designated prayer rooms for their Muslim students.

One such campus offering Muslim-friendly facilities is the Ritsumeikan Asia Pacific University which has received halal certification, becoming the largest halal-certified food facility in the country, according to Nippon Asia Halal Association, the nonprofit organization that grants the certification.

Every day, about 3,000 people, including students from Muslim countries, eat at the cafeteria, located at Beppu, Oita Prefecture.

Under Islamic law, even if pork or alcohol that Muslims should not eat or drink is not included in the dish, cooking with utensils that come into contact with either is also prohibited.

About 500 students from Muslim countries are enrolled at the university. The cafeteria menu shows which dishes do not include pork and alcohol, but it took a step further and became more strict in using utensils according to standards set by the halal association.

The cafeteria provides 36 dishes, including Japanese, Chinese, Western and ethnic foods. “If it is certified, I don’t have to worry when I eat. If the number of halal-certified restaurants increases, it would be easier for Islamic students to come to Japan,” said a 20-year-old student from India.