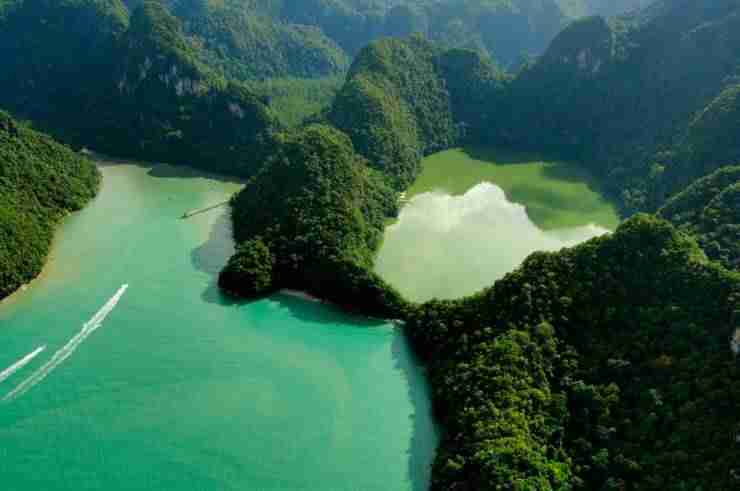 After being closed to foreign travelers for more than 18 months, Malaysia is opening its borders to fully vaccinated tourists in November. The country follows Indonesia to start reopening its doors to foreign tourists.

Tropical Langkawi, a cluster of 99 islands in the Strait of Malacca, will be the first destination in the country to reopen to foreign tourists.

The paradisiacal islands have been welcoming domestic tourists since September. From November, fully vaccinated travelers from most countries around the world will be able to travel to Langkawi.

“Langkawi will be the pioneer destination for international tourists coming to Malaysia. We anticipate the international borders will be open by the middle of November,” said Noor Azman Samsudin, deputy director of Malaysia Tourism for Asia and Africa, at a press conference on Tuesday.

“We’re still waiting for the official statement from our government,” added Samsudin at the media briefing which was part of the Gulf Travel Show.

Langkawi reopened to domestic tourists on September 16 in what was Malaysia’s first tourism bubble.

In the days since then, no transmission of Covid-19 from tourists to locals, or vice versa, has been reported.

“The real success of our Langkawi domestic bubble is that no infections occurred between tourists and local people,” said Nasaruddin Bin Abdul Muttalib, chief executive of Langkawi Development Authority.

More than 92 percent of Langkawi’s local population are already fully vaccinated, he said.

Tourists planning to travel to Langkawi’s islands will also need to have completed a full dose of a Covid-19 vaccine.

Seven vaccines have been approved for use in Malaysia, including Sinopharm, which the UAE has relied heavily upon. Children under the age of 18 will not need to be vaccinated but must be traveling with an immunized parent or guardian.

PCR tests will also be required, taken no more than 72 hours before traveling to Malaysia. Another PCR test will be needed after landing in Langkawi. This will not be administered at the airport to avoid congestion. Instead, travelers will be able to take the test at their hotels within 48 hours of arrival.

“According to our plan, we will open for any countries to come to Langkawi, it is not restricted to any destination. However, we still seek some advice for those high-risk destinations,” said Muttalib.

Travelers planning to visit Langkawi are encouraged to book stays in hotels that have been awarded “clean and safe” certification by the Malaysian Association of Hotels.

The island destination of Langkawi promises pristine beaches, clear waters, and lush rainforests. It’s home to South-East Asia’s first Unesco Global Geopark and is an immersion in nature – with everything from ancient rock formations and dramatic mountain peaks to a wealth of flora and fauna.

Like much of Malaysia, it’s also got a strong halal culinary scene, appealing to Muslim travelers.

Six more destinations across Malaysia, including Kuching, will be next in line to reopen to international visitors said Samsudin.

The country says it has achieved its target of inoculating 90 percent of its adult population, meaning Malaysians can now travel overseas again without requesting permission.

Islamic Finance As A Startup Requiring (Self) Disruption
Next Post:What Is the Relationship Between Zakat and Islamic Fintech?