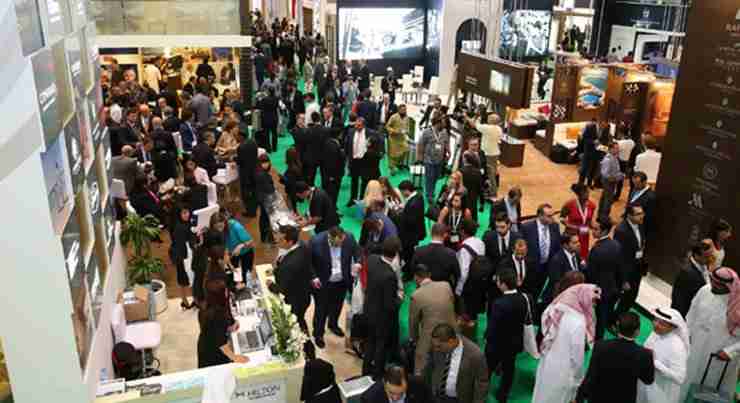 Makkah, Saudi Arabia, reported the largest number of rooms under construction with 21,068 rooms in 13 hotels, the January Pipeline Report from STR Global showed.

As tourism continues to steadily grow in the Middle East, Arabian Travel Market (ATM), a leading regional travel trade exhibition taking place in Dubai next month, has planned to focus on mid-market tourism, which is becoming a key area of opportunity for regional destinations.

Dubai, for instance, currently has a total hotel key count of approximately 94,000 and this figure is set to rise to between 140,000 and 160,000 keys by 2020 with around 20 per cent set to “As tourism infrastructure across the Gulf and beyond continues on its high profile development path, our spotlight theme for 2016 has turned to mid-market tourism,” said Nadege Noblet-Segers, exhibition manager, Arabian Travel Market. “This has been identified as both an underdeveloped and potential growth area for the region, driven by demand from the growing middle class markets such as China, India and Africa combined with budget Generation Y travellers and young families.”

A key point of discussion will be the number of new hotel rooms entering the market, including the share that is planned to be in the four- and three-star classification.

Midmarket focused seminars include the opening session, Dubai of the Future, taking place on April 25 from 13:00 – 14:30 on the new ATM Global Stage. Panelists including Gerald Lawless, head of tourism, Dubai Holding will pinpoint the source markets Dubai should be targeting including midmarket travellers, families, young independent travellers and couples, as well as the high-growth-potential BRIC countries in order to evolve over the next two decades.

The mid-market strategies session, taking place on April 26 from 13:15 – 14:15, also on the ATM Global Stage, is designed specifically to identify who the midmarket traveller is, where they come from and what they want. Confirmed panelists include, Dr Amine Moukarzel, president of Louvre Hotels Group Mena, Hilton Worldwide.

An additional exhibition hall has been added this year to cater to rising demand. ATM 2016 will welcome over 400 main stand holders and over 2,800 exhibiting companies with more than 26,000 visitors expected. Over 80 countries will be represented by exhibitors and over 150 countries will be represented by pre-registered visitors. A total of over 100 exhibitors are new this year and there are over 60 country pavilions.

Other new features at this year’s event include the Wellness & Spa Lounge, a dedicated space for 25 exhibitors designed to connect Middle East wellness and spa buyers with international suppliers in a series of exclusive pre-scheduled appointments on April 26 and 27. There will also be a series on seminars taking place in the Showcase Theatre

There is also a new networking feature for exhibitors and travel bloggers. The ATM Bloggers’ Speed Networking will provide an opportunity for up to 40 travel bloggers to take part in mini-meetings with exhibitors to explore ways to work together in the future. Bloggers will be grouped by geographytarget the mid-market hotel sector, according to a recent Knight Frank report.

Takaful Malaysia Bags ‘The Best Takaful Company in Malaysia’ Award
Next Post: Demistifying The Difference Between The Burka, Niqab, Hijab, Other Islamic Headwear