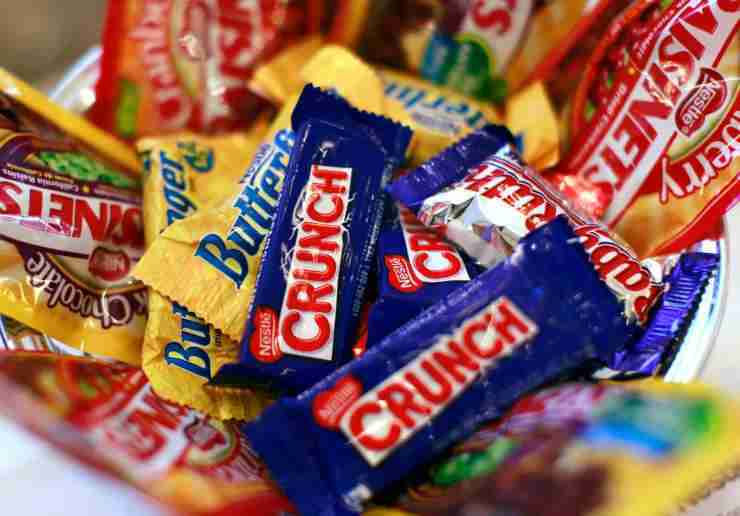 More Than 60% of Nestlé Food Products Are Unhealthy For Humans

Many of us have grown up consuming food products from Nestle and other big names in the food industry such as Kellog and Procter & Gamble. Nestle is the largest halal food manufacturer in the world. However, we were shocked by looking at the following news story which was published in The Financial Times.

An internal document shared among top executives of the company says that the majority of the food products produced by Nestle are actually unhealthy for humans.

This must be a wake-up call for Muslims around the world. As we have mentioned time and again that almost 75% to 85% of halal food is produced by non-Muslims and Nestle is THE largest halal food manufacturer in the world we, the Muslims need to rise up to the occasion and actually start producing the food we need instead of blindly consuming the foods produced by these makers which are playing with the health of billions of people around the world.

Nestle (NESN.S) said on Monday it was working on updating its nutrition and health strategy after the Financial Times reported an internal document at the food giant described a large portion of its food and drinks as unhealthy.

The newspaper said it had seen an internal presentation circulated among top executives early this year stating that more than 60% of Nestle’s mainstream food and drinks portfolio could not be considered healthy under a “recognized definition of health”.

The paper said this assessment applied to about half of Nestle’s overall portfolio because categories like medical nutrition, pet food, coffee, and infant formula were excluded from the analysis.

Kepler Cheuvreux analyst Jon Cox said that including these categories would significantly reduce the proportion of products potentially considered unhealthy.

“Given the group’s confectionery, ice cream, and pizza businesses, the real figure for the group based on 2021 estimates would be 28%, which is hardly a surprise,” he said in a note. He said the report could point to changes in the product portfolio, notably an exit from mainstream confectionary.

Nestle said in a statement it was working on a “company-wide project” to update its nutrition and health strategy and was looking at its entire portfolio to make sure its products helped meet people’s nutritional needs.

It said it had reduced sugars and sodium in its products by about 14-15% in the past seven years and would continue to make its products healthier.

According to the latest reports, although, Nestle is trying to take out as many unhealthy elements from their food products. However, it does not always work well. There are some products that will never be healthy no matter how hard the company tries.