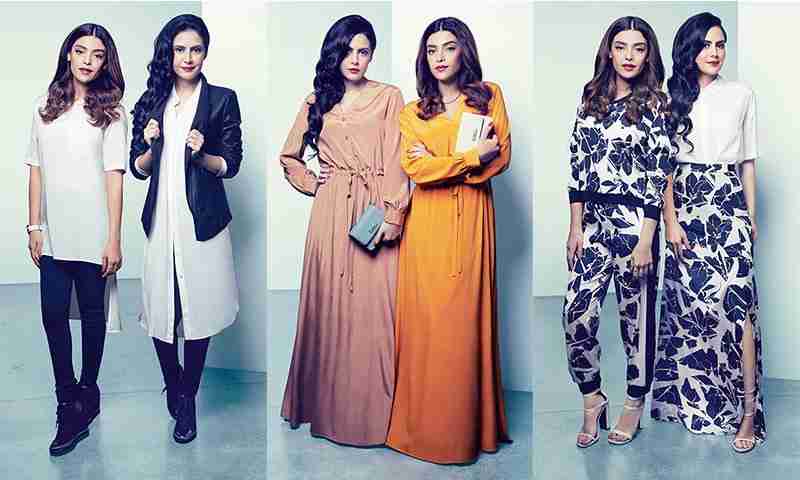 First Chanel and now DKNY – it seems that “Muslim Fashion” is becoming a thing in 2014. American designer label DKNY is making waves with a new Ramazan capsule collection. This comes barely months after a cruise collection by Chanel that was also aimed solidly at Muslim clientele.

DKNY’s Ramazan collection is available exclusively at their Middle East stores, and the 12 looks are pure DKNY: simple, elegant and striking. What’s different is that this collection is conspicuously conservative. While it may not pass the stringent criteria set by the most orthodox, the flowing silhouettes, full sleeves and long hemlines are perfect for Muslim women who want to combine modesty with style.

The collection includes skirts, jumpsuits, pants and long-sleeved and three-quarter-length jackets and shirts. True to the DKNY philosophy, the pieces are versatile – they can be mix-and-matched and dressed up or down. The outfits have been styled for DKNY by popular Middle East bloggers Yada Golsharifi and Tamara Al Gabbani. The result is a look that is conservative yet cosmopolitan, relaxed yet stylish. Golsharifi, fashion editor of Styles Magazine; and Al Gabbani, a fashion designer in Dubai, also model the collection for #DKNYRamadan campaign.

DKNY’s campaign is part of a big push the label has been making into the Middle East. DKNY recently launched a Middle East website and opened several stores in Lebanon, Iraq, Jordan, Kuwait, Saudi Arabia, Bahrain, Qatar and the United Arab Emirates.

The world’s biggest design houses have long been fully alive to the lucrative potential of the Middle-East market. Malls in Qatar and Saudi Arabia are like a who’s who of the fashion world. With customers who will drop as much as $20,000 on a haute couture gown, labels like Dior and Chanel have long known that the wealthy Arab market is not one they can afford to ignore.

The bulk of this market has traditionally been aimed at all-female gatherings, where anything goes – no matter how revealing. What has changed in recent years is that designers have woken up to fact that Muslim women want more fashionable choices that respect their religious sensitivities.

While fashion houses have long produced specific items such as headscarves and apparently even abayas exclusively for their Middle East stores, this shift towards catering for Muslim women goes way beyond hijabs and abayas. There is huge commercial potential for fashion forward women’s clothing that respects Islamic values.

Chanel’s 2014 Cruise show in Dubai reflected this, with a collection that contained many conservative elements. Iconic Chanel skirt suits were paired with matching pants and the collection included several looks that were basically shalwar kameez. DKNY’s Ramazan collection shows that Chanel’s show may not have been an isolated event by a label that likes to make statements. If more design houses begin to make collections aimed at Muslim women, it’s possible that more modest yet fashionable clothing may also hit the high street. Combining style with religious sensibility may conceivably become much easier than it has been.