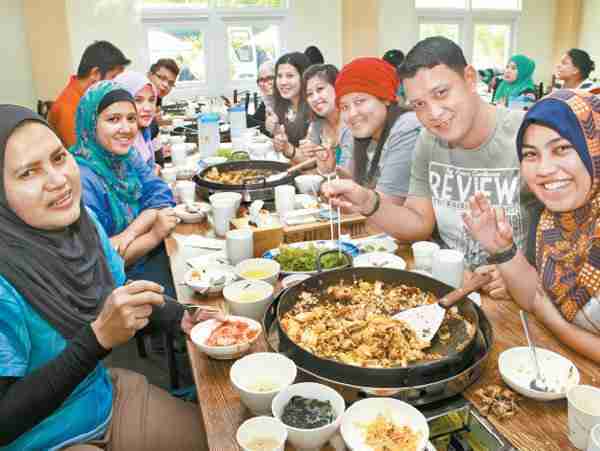 KUALA LUMPUR, April 19 — Datuk Dr. Asyraf Wajdi Dusuki lamented today that Muslims here care more about the halal status of their food, compared to the status of their source of income.

The deputy minister in charge of Islamic affairs said the public perceives Islam as only related to worship, while the issue of halal and haram — what is permissible and forbidden in Islam — is seen as only related to consumption.

“The concern over halal food and halal labels is paramount. But the similar concerns may not be true when it comes to where the money comes from to buy that halal food,” Asyraf said in his keynote address at a seminar on Islamic financial institutions and charity here.

The senator said when it comes to consuming meat, the public is very concerned about ensuring that the slaughter is Shariah-compliant, but not as much as the money involved in the purchase.

“The money they received to buy that food, even if coming from usury, interest, corruption, they don’t care.

“This is something very much the reality in our society today,” said the deputy minister in the Prime Minister’s Department.

On Monday, minister Datuk Seri Jamil Khir Baharom had said that the authorities will not issue halal certification for non-alcoholic “beer” or any product that uses “haram”-related names like ham or bacon.

According to state news agency Bernama, the minister in charge of Islamic affairs said the term “halal beer” went against the manual procedure for Malaysia’s halal certification.

Under the Trade Descriptions (Certification and Marking of Halal) Order 2011, only the federal Islamic Development Department — better known by its Malay abbreviation, Jakim — and state Islamic departments and councils can issue halal certification.

The report also said that fast-food chain A&W switched to calling its signature root beer drink, “RB”, in 2013, in order to get the halal certification for all its outlets.

Some fast-food restaurants in Malaysia use non-pork alternatives for ham and bacon, such as turkey ham and beef bacon. There are also vegetarian versions of “bak kut teh”, a pork ribs soup.