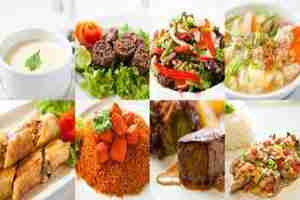 Muslims Must Be Aggressive Players In Halal Food Industry

BERA: Muslims in Malaysia must be aggressive in grabbing opportunities to become large-scale halal players as the industry is being dominated by non-Muslims in the country.

Agriculture and Agro-Based Industry Minister Datuk Seri Ismail Sabri Yaakob said only 9.8 percent of Muslims in the country were involved in the country’s halal sector.

“The lack of Muslim players in this field can jeopardise the country’s aspiration to become a global halal hub. Thailand and Singapore seem set to overtake us in pioneering the halal industry.

“As a majority Muslim nation, we should be in control of the halal industry especially in the production of food items. “We (Muslims) also sigh at the level of halal standards observed in our food industry but not many Muslims want to become halal food manufacturers in the country,” he told reporters after opening AgroAgent here Saturday.

Ismail Sabri said his ministry would help entrepreneurs interested in venturing into the halal industry so as to step up production of halal food products by Muslims. He called on Agrobank to be more aggressive in helping fishermen and farmers obtain loans as it was the only bank in Malaysia that focused on giving out loans to the agriculture sector.