New York Chain, The Halal Guys, to Open First Toronto Location In May 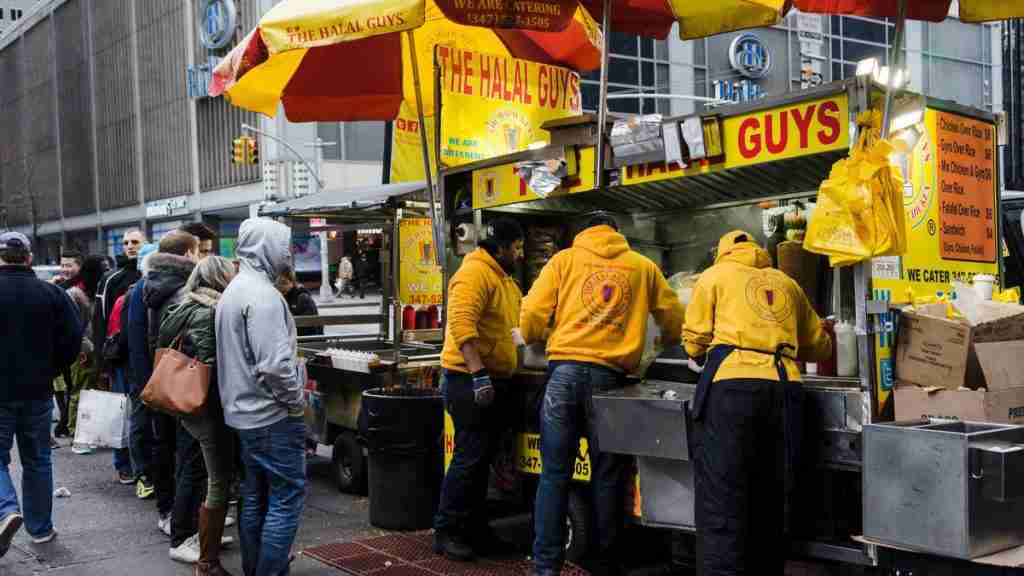 TORONTO, April 19, 2017 /CNW/ – The Halal Guys have set their eyes on an ambitious expansion in Toronto and the GTA, starting with the opening of its first Ontario location, and highly anticipated flagship on 563 Yonge Street, at the intersection of Yonge and Wellesley, on Friday, May 5th.

Originating in New York City in 1990, The Halal Guys quickly developed a cult-like following, attracting “around the block” lines to their food carts across Manhattan. The red-and-yellow food carts are famous for generous servings of Middle Eastern dishes and recognized worldwide for their white and hot sauces. The Halal Guys have converted the food-cart concept into fast-casual dining locations and are looking forward to their next steps in Canadian expansion.

Doors to the new location will officially open at 11 am on Friday, May 5th. The first 300 customers will have the opportunity to spin a wheel for a chance to win The Halal Guys merchandise, including t-shirts, sunglasses, and discount vouchers.

Additionally, those who sign up for The Halal Guys loyalty program will be entered to win one of five 1-month-free food vouchers to the new location.

“We are extremely excited to be opening in Toronto. The demand for The Halal Guys from people who have experienced our food has been very strong, and we are thrilled to not only be able to serve people who already love our food but to also introduce our brand to new customers, as well,” states Imran Momin, co-owner of the Toronto franchise.

In addition to this first location, the group of franchise owners and cousins Imran Momin, Alveen Momin and Averroes Momin, will be spearheading the opening of several The Halal Guys locations throughout Toronto and neighbouring cities in the coming years.