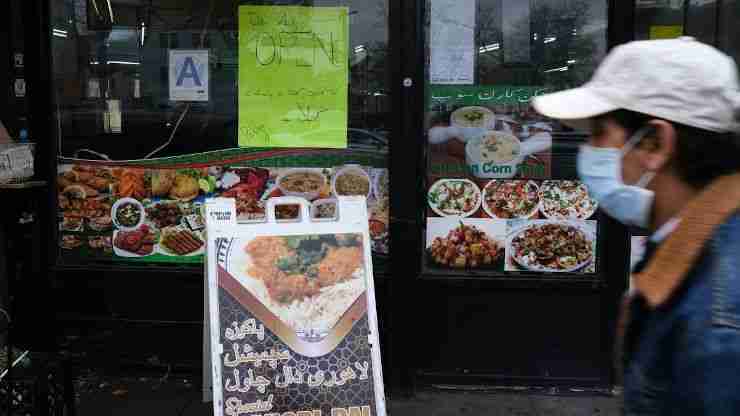 The coronavirus pandemic has turned life upside down for many New Yorkers, including those who wish to safely practice their faiths.

Muslims, who began the holy month of Ramadan on Thursday, is no exception. The holy month involving fasting from sunup to sundown, charity, and prayer is typically celebrated as a community. But due to social distancing, that’s not possible this year.

To help families celebrate, especially those who’ve lost income due to shutdowns, New York City has announced plans to serve more than 500,000 halal meals to Muslims during Ramadan.

A halal meal is one that is prepared by Islamic law. “One of Ramadan’s most noble callings is to feed the hungry,” Mayor Bill de Blasio said during a press conference on Thursday. “It’s a crucial part of how the holiday is celebrated, to remember to be there for those in need, and that is now harder than ever.”
With more than 22 percent of American Muslims living in New York City, the public health crisis is upending the annual celebration.
During Ramadan, mosques typically open their doors and host dinners to feed the less fortunate. This year, with mosques closed and breadwinners out of work, those very communities need help.
As part of ongoing efforts to support New Yorkers during the pandemic, the city will increase the supply and distribution of halal meals at 32 Grab and Go sites across all five boroughs where there are large Muslim populations. More than 400,000 halal meals will be available at 435 school sites where all New Yorkers can go for food.

Another 100,000 halal meals will be distributed through soup kitchens, food pantries, and community organizations.

City officials plan to serve 10 million free meals to all New Yorkers in April and another 15 million in May, as De Blasio estimates that nearly 2 million people could go hungry because of the virus.
“No New Yorker will go hungry,” de Blasio promised. “Your city will provide.”
Ramadan, which ends on May 23, culminates with the holiday of Eid al-Fitr, observed with communal prayers, donations to charity, and special meals.
Because Islam follows a lunar calendar, Ramadan — celebrated during the ninth month of the Islamic calendar — shifts each year as calculated by Western calendars.
Originally published on www.cnn.com

Remittance Flows To Plunge Due to COVID-19, Oil Price Drop
Next Post:Global Halal Meat Sales Plummet Due To COVID-19