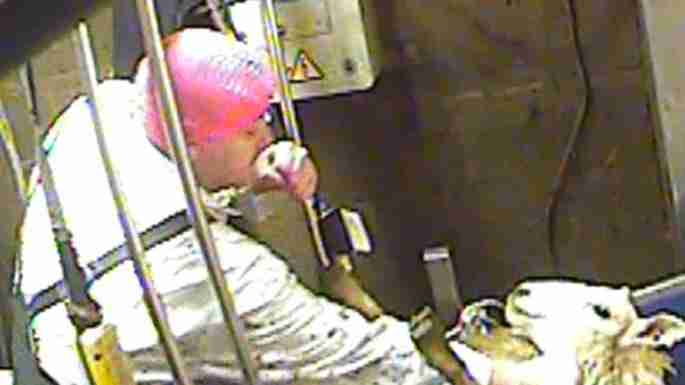 Halal slaughterhouses that do not stun animals before cutting their throats are three times as likely to breach animal welfare rules as others, an investigation by The Times has found.

The abattoirs, which supply supermarkets and schools, have also failed more than half of their government inspections in the past three years, an analysis of audit reports shows.

Workers have assaulted inspectors at several of the plants, according to Food Standards Agency (FSA) records.

Leading vets last night called for an investigation into why non-stun halal abattoirs had a much higher rate of welfare violations.

The number of animals killed without being stunned has risen sharply under a government exemption for Muslims and Jews from humane slaughter rules. The Muslim community is divided over pre-slaughter stunning, with some halal licensing bodies accepting it and others rejecting it. However, the belief that stunning is forbidden under Islam appears to be gaining ground among Muslims.

Almost a quarter of lambs had their throats cut without first being made insensible to pain between April and June this year, up from 15 per cent in 2013.

Out of 76 inspections of abattoirs using non-stun slaughter, 22 per cent found serious animal welfare violations and 14 per cent found evidence of animals suffering during slaughter.

Since 2013, more than a dozen incidents of assault, intimidation, aggressive behaviour and verbal abuse have also been reported by inspectors at non-stun halal slaughterhouses, many of which are owned by non-Muslims.

Meat from non-stun abattoirs is served in 74 schools and nurseries across England, as well as more than 500 restaurants and 400 butchers’ shops.

The schools are based mainly in Lancashire and greater Manchester. Last month, Lancashire county council voted to ban non-stunned beef and lamb from 27 of the county’s schools, citing animal welfare concerns.

A 2013 FSA survey found that 84 per cent of poultry and 63 per cent of sheep and goats slaughtered using the halal method were stunned before slaughter.

The Halal Monitoring Committee (HMC), a charity, promotes non-stun slaughter and provides certification to the slaughterhouses that use it, as well as to restaurants and other outlets that serve the meat.

The Times data team looked at inspection reports for 20 slaughterhouses in England that had been both certified by the HMC and inspected by the FSA between August 2014 and October of this year.

For meat to be considered halal — the Arabic word for “permissible” — the animal must be killed by a Muslim slaughterman with a single cut from a sharp blade, a technique similar to that used in Jewish kosher slaughter.

Growth of Responsible Investment In Japan, Malaysia To Constitute Core Case Studies
Next Post: ‘Halal’ Is Not Just About Food – HDC