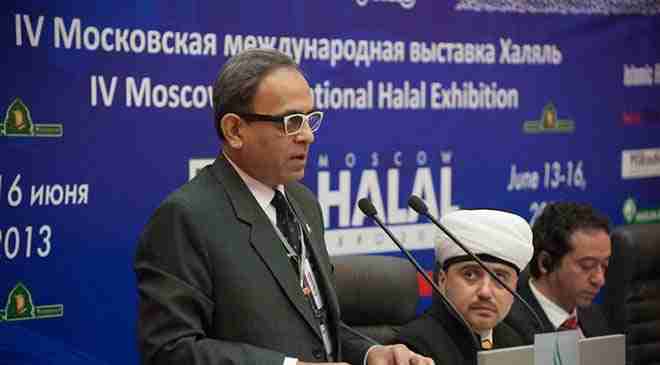 OIC (Organisation of Islamic Co-operation), the international body representing all Muslim countries of the world took the initiative to establish one Halal standard throughout the world; this was announced by the Secretary-General, Halal Association of Pakistan (HAP) Asad Sajjad.

“OIC has given the mandate to SMIIC (Standards and Metrology Institute for Islamic Countries) to introduce one Halal standard that would be acceptable to all Muslims and would be workable for the Halal certification bodies of the world. SMIIC is responsible for regulating the actions and enforcing regulation for the proper functioning of Halal certifying bodies; hence, it developed one universal HALAL standard called, OIC-SMIIC Halal standards, for Halal manufacturing units, Halal Certification bodies, and Halal accreditation agencies. He said adding that now the need is to have a common logo of OIC-SMIIC, recognized by all certifying, regulatory, and legislative bodies that could serve as an authentic and credible symbol for all manufacturers, Certifying bodies and also recognized by all Halal consumer as the OIC-SMIIC Halal logo.

The OIC-SMIIC logo will be accompanied by the certifying body logo on the product and services. OIC SMIIC: World Halal Assembly which would be held in Islamabad on June 04, 2014, aims to provide a platform to bring together the religious scholars, technical and scientific experts from all over the world to increase interaction between different business sectors and policy-makers and discuss the importance of using OIC-SMIIC Halal standards for the world.

At present, there are more than 400 known Halal certifying bodies and organizations in the world but only a fraction of them recognized or registered with some international organizations. Some regions have more than a necessary number of certification bodies whereas others have none. Places with a high number of such bodies’ increase fierce competition and may lead to bitterness, mainly due to varying standards and compromises.

There are too many Halal standards in the world. Every country has its own Halal standards and within-country sometimes different organizations have their own standards. These standards are similar in most of the aspect but tend to differ in some critical points. For example, types of stunning, acceptance of mechanical slaughtering, ethanol concentration in final products, etc. These differences have led to cross-country certification by some of the certifying bodies which develop an unproductive competition that may lead to enmity between several Halal/Islamic organizations, which is forbidden in Islam.

Due to so many different Halal standards in the world, there is confusion & misunderstanding in the Halal audit and certification process and often the Halal logo is abused. As a result, supply chains are broken creating artificial shortages of raw material. The loss of Halal status can easily translate into a significant loss of revenue for Halal manufacturers and producers. The present situation of Halal certification is tricky and unnecessarily sophisticated. It is complicated, risky, and sensitive and at present, it is working but for how long? One day all this may fall apart and we all have to bear the dreaded consequence, unpleasantness, disharmony, and rivalry it will follow.