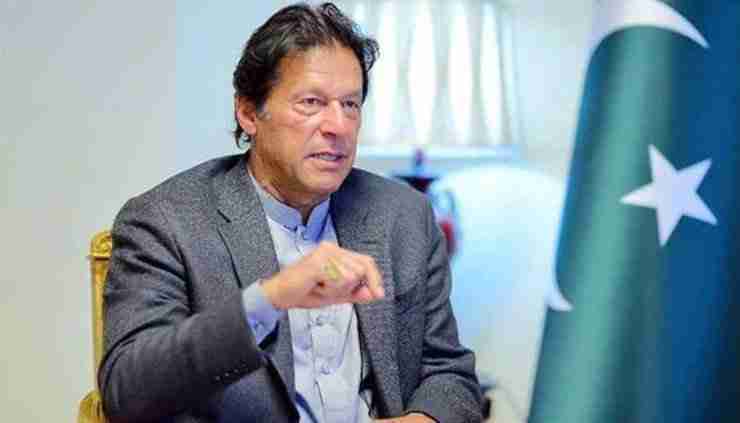 The prime minister — who was the chief guest — began his address by congratulating the authority on the achievement. He also expressed satisfaction at the progress on Mohmand and Bhasha dams.

“Unfortunately, one of Pakistan’s biggest weaknesses is the implementation of projects. In my government, I am also seeing that some things lag when it comes to implementation.”

PM Imran lamented the fact that Pakistan’s potential had not been utilized. “When Shaukat Tarin and I were growing up in Pakistan, the country had a different status in the world. Our economy at one point was at the fourth spot in all of Asia.”

We were progressing rapidly and a major part of that was due to the Planning Commission, he said. “Long-term planning was being done […] they were thinking about future generations. And this is what builds the foundation of a great nation.

“A nation can’t progress if you carry out planning from one election to the next.” He said that there was a need to invest in the country’s children and think about where the country is headed.

“When I used to come back from playing cricket in India, even in the 80s, it used to feel as though I have come back from a poor country to a rich one. There was such a contrast between India and Pakistan.”

He said that after 1985, India started progressing rapidly, adding that Bangladesh also managed to progress by implementing long-term planning.

The premier said that the government was planning to build 10 dams in the next 10 years to produce clean energy. “Pakistan is vulnerable to climate change, and we need to think of our future generations.”

Commenting on the government’s 10 Billion Tree Tsunami Programme, PM Imran said that one billion trees have been planted since 2018. “Nurseries have been created and we are hopeful that we will complete our goal by 2023,” he said, adding that this will also have an impact on people’s livelihoods and tourism.

He said that the government was also introducing a core syllabus for the education system to bring social cohesion. “We are also integrating madrassahs into the mainstream,” he said.

He concluded his address by stating that the government was focusing on wealth creation and industrialization.

The launch of the bond attracted several international investors, who offered Wapda investments worth $3 billion — six times more than its need — through the Indus bond.

“This kind of willingness shows the belief and confidence the international investors have in Wapda in particular and Pakistan in general,” the authority’s chairman, retired Lt Gen Muzammil Hussain, had told Dawn. “This is unprecedented, as I have never seen such a favorable and congenial response for Wapda.”

Out of the nearly $2.2bn that Wapda needs over five years ($1.1bn in the first two years) it is initially raising $500m through the Indus bond. The number of bonds will be gradually increased based on the financial needs of the projects to be funded — Diamer-Bhasha and Mohmand dams.

Are Big Tech Companies Destroying Bank Brands?
Next Post: More Than 60% of Nestlé Food Products Are Unhealthy For Humans