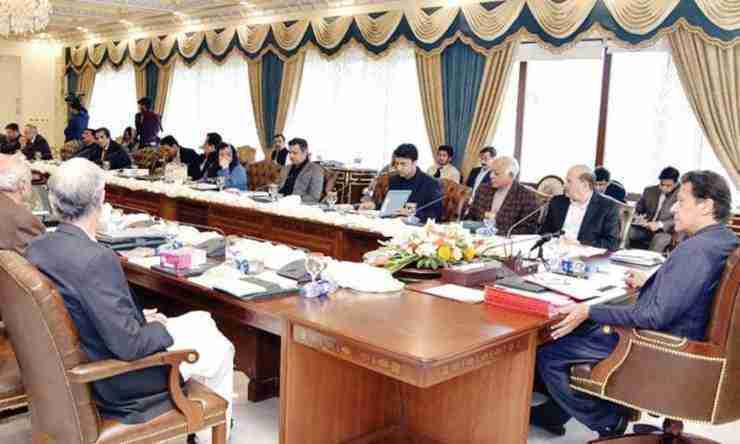 The Ministry of Finance had suggested mortgaging Islamabad-Peshawar Motorway, Pindi Bhattian-Faisalabad Motorway, and Islamabad Expressway along with two major airports, Islamabad and Lahore for issuance of Sukuk.

The Finance Ministry, in a summary, has stated that to support the government’s budgetary position and promote the Islamic banking industry in the country, the Finance Division intends to take forward its domestic and international ljara Sukuk program.

Sukuk are Shariah-compliant borrowing instruments (bonds) structured to pay returns on investment as rent instead of interest by utilizing an underlying asset.

In the case of ljara Sukuk, tangle, assets are utilized to structure the transactions.

To date, the Finance Division has undertaken 32 domestic and four international ljara Sukuk transactions amounting to Rs1,573 billion and US$ 3.6 billion respectively.

Further, the government issued two “energy Sukuk” of PKR 200 billion each in March 2019 and May 2020, respectively, to settle power sector arrears.

This Sukuk was issued against the assets of selected government-owned power generation and distribution companies.

MI Motorway, M2 Motorway, M3 Motorway, and Jinnah International Airport have been approved for domestic ljara Sukuk in the past.

At present, MI and M3 Motorways are unencumbered while at present, the Islamabad-Chakwal section of the M2 Motorway is unencumbered.

After approval of the Federal Cabinet in its meeting dated 31 March 2020, the government initiated a domestic ljara Sukuk program of Rs756 billion by utilizing the unencumbered land of Jinnah International Airport (JIA), Karachi.

The asset is almost fully utilized with the issuance of domestic Ijara Sukuk worth Rs636 billion, and structuring of Islamic Naya Pakistan Certificates (INPCs) of around Rs59 billion.

As JIA, Karachi will be exhausted shortly; there is an urgent need to identify new unencumbered assets to ensure uninterrupted issuance of Ijara Sukuk in the domestic as well as international capital markets.

The continuity in the issuance of domestic Sukuk will also enable the government to meet its target of having 10 percent Shariah-compliant instruments in domestic securities by the end of the fiscal year 2023 (Medium-Term Debt Management Strategy 2019/20-2022/23).

The Federal Cabinet in its meeting dated 26 January 2021 directed the Finance Division to identify options of underlying assets for Sukuk issuances.

Islamabad Expressway, and Islamabad, and Multan International Airports and requested the Ministry of Communication/NHA and the Aviation Division/Civil Aviation Authority (CAA) to grant necessary permissions to utilize these assets for Ijara Sukuk issuances.

The Aviation Division and CAA have not responded.

Ministry of Communications, while assuring its cooperation, has asked the Finance Division to consider compensating NHA with an appropriate asset utilization fee for its assets (Annex-VII), which is totally unprecedented.

In next year’s domestic and external financing plan, the need for raising additional resources to the tune of Rs1.2 trillion and USS 3.5 billion has been proposed.

Accordingly, the Finance Division would prefer to undertake Sukuk transactions as much as possible as this would help in obtaining better pricing as compared to other avenues of raising domestic and external resources such as T-bills, PIBs, and conventional Eurobonds.

Therefore, all identified assets must be readied for the early launch of domestic and international Sukuk programs next year.

Given the urgent requirement to continue the government’s domestic and international Sukuk programs and the issuance of Islamic NPCs, the Federal Cabinet is requested to permit Finance Division to utilize these assets.

The federal cabinet also approved the import of another one million metric tonnes of wheat to build strategic reserves.

In a post-cabinet briefing, Information Minister Fawad Chaudhry said the government had to approve the import of wheat even though there has been a “record production” of wheat this year in the country.

He also praised overseas Pakistanis, describing them as the main reason behind Pakistan’s growth.

He said that an amount of “Rs1,000 billion” sent by the overseas Pakistanis is a sign of confidence in the leadership of Prime Minister Imran Khan.

The information minister, taking exception to the opposition’s plan to hold an all-party conference (APC) on electoral reforms, said “the government does not see Nawaz Sharif, Maulana Fazlur Rehman, and Maryam Nawaz as stakeholders in the current political setup.”

The minister said the opposition leaders have been making all-out attempts to derail the existing system, adding that the opposition’s decision to hold an APC on electoral reforms is actually aimed at weakening the parliament.

Chaudhry said the government is, however, open to discuss the proposed electoral reforms with the parliamentary leaders of opposition parties.

He said the Electronic Voting Machines (EVMs) are being used in 20 countries and Estonia one of the Baltic states, is the most digitized country as it has now switched to internet voting from EVM.

He said the purpose to introduce EVMs is to hold free, fair, and transparent polls.

He also stressed that deciding a mechanism for holding elections is the job of the country’s political leadership, and “Election Commission of Pakistan (ECP) and bureaucrats have nothing to do with it,” while adding that anyone intending to write a letter to the ECP should bear in mind that the parliament’s sanctity should not be violated in its wake.

The minister further said ECP is not entitled to raise questions on laws passed by parliament.

He said ECP is supposed to implement all laws that parliament has passed while matters related to laws militating against the letter and spirit of the Constitution will be dealt with by the Supreme Court.

The minister said “if someone wants to do politics then they must leave the ECP and form a political party. Parliament is supreme. ECP should respect the privileges of the Parliament.”

The minister said the cabinet also approved the introduction of the Public Properties Removal of Encroachment Bill, 2021, to pave way for the reclamation of government lands encroached by certain elements.

He said an officer appointed by the federal government would be empowered to issue a show-cause notice to an encroacher as per law and, in case of an unsatisfactory answer, he can proceed to take necessary action, which includes punishment and imposition of a fine.

He said that if the encroacher refuses to surrender the property, then rent would keep accruing upon him that he would be required to pay when vacating the property.

Chaudhry said an appellate tribunal will also be formed with the authority to make decisions in such cases within 30 days.

“There are federal properties which have been encroached upon and several properties of the National Press Trust have been forcefully occupied by encroachers. Similarly, Pakistan Railways and Evacuee Trust will also be able to get their lands retrieved,” he said.

Talking about the certain conditions imposed by some countries about acceptance of certain vaccines only, the minister said the issue was also discussed with the World Health Organisation (WHO).

The minister said: “This is a global issue and we expect this issue to be resolved soon.”

He said the government has witnessed a tendency among the public to get jabs, which is encouraging, “and this particular interest was seen especially when we opened vaccinations for all people aged above 18. Now on average, daily 0.4 million people are getting themselves vaccinated and our target is to vaccinate 70 million people by the year’s end.”

The minister said a cabinet committee has been formed to review the policies related to NGOs.

He also said the cabinet has approved the appointment of five independent directors in the Diamer-Bhasha Company.

The minister said a three-month extension to Asim Rauf as chief executive of the Drug Regulatory Authority of Pakistan (DRAP) has also been approved by the cabinet.

“His extension is only valid until the appointment of the next CEO,” he added.

“A request was earlier floated to the government regarding the establishment of the Supreme Court Staff Colony. Now a cabinet committee has been formed with Shireen Mazari as its head to oversee modalities of the formation of such a colony,” he added.

He also announced that the Cabinet had permitted Pakistanis residing in Luxembourg to hold dual nationality.

“They have been permitted to hold Luxembourg nationality while being Pakistani nationals,” he added. The cabinet has also approved the appointment of Aslam Khan as the new chairman of PIA, the minister added.

Path Solutions Maintains TOP Position in IBSI SLT 2021 in a Winning World Record
Next Post:Islamic Finance Can Be A Panacea For The Post-Pandemic World Economy