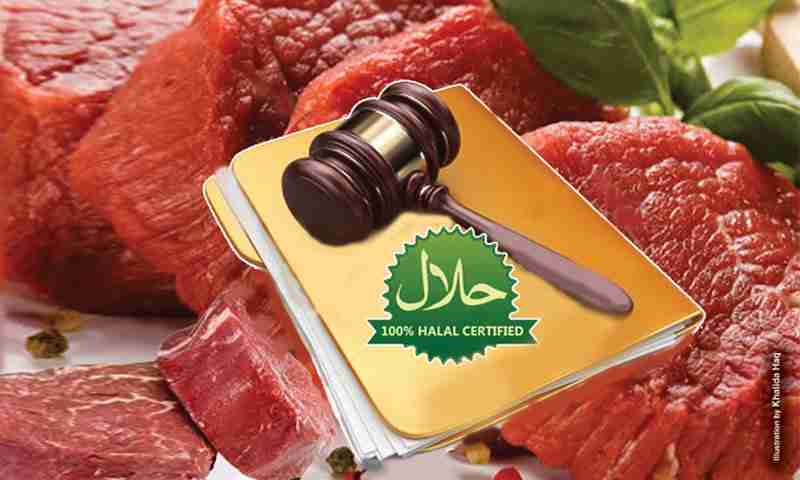 The government has, at last, introduced a much-awaited bill in the National Assembly for setting up an authority to regulate trade in food products strictly within what is permissible by Islamic laws.

To be called Pakistan Halal Authority (PHA), the new body will be the first legal entity at the federal level dealing with the halal sector. The Council of Common Interests had in its meeting on March 18 given approval to its creation. The governments of the provinces, Gilgit Baltistan and Azad Jammu, and Kashmir may also opt to adopt the provisions as envisaged in the PHA bill, 2014. The board of governors of PHA shall consist of relevant stakeholders both from the federal and provincial governments, Shariah scholars, and chambers of commerce.

At present, Punjab is the only province that has its own authority called Punjab Halal Development Agency (PHDA) to prescribe standards and processes for certification of halal products. What will be its fate is not clear. Similarly, the fate of the Halal Research Council which was set up a few years ago to supervise halal-related affairs in the absence of a formal legal organization remains to be determined once the bill is passed. It was empowered to issue halal certification and assurance program.

Punjab is the only province that has its own authority — the Punjab Halal Development Agency.

An anomalous feature of the project is that the PHA will be run by the federal ministry of science and technology and its minister will be its head. To be precise, the ministry has little know-how of promoting trade that too of halal goods, nor is it much aware of which ingredients in a food product are ‘haram’ and prohibited by religion and hence requiring its ban. These tasks can, at best, be performed by the ministries of commerce and religious affairs. Why the science ministry has been chosen to carry out such a delicate task is difficult to understand.

The proposed PHA will take long-term measures to boost Pakistan’s share in the global halal trade which is expected to be worth $1.6trn by 2018, growing at a compound annual growth rate (CAGR) of about 6.9pc, according to a research report by Dubai Chamber of Commerce. Although Pakistan’s share is negligible at present, it can become one of the active players in the global meat trade if the PHA acts effectively. The halal market includes a large variety of food products from raw chicken and beef to processed foods and cold drinks, pharmaceuticals, and even toiletries. Indonesia is the biggest halal food market in Asia with Turkey being the second largest.

A major clientele is the Muslim expatriate population which is too particular about consuming halal food. But trade is mainly in the hands of companies based in non-Muslim countries, with none of the Muslim countries being in the top ten. Ironically, the country considered a world leader in the halal export market so far has been New Zealand.

There are numerous problems that Pakistani exporters of halal meat face but the major one is meeting the strict safety codes of meat importing countries. There is a lack of capability and technical know-how in processing, storing, transporting, and marketing of meat, a weak certification system, lack of skills and capacity-building programs for farmers, slaughtermen, and processors. Meanwhile, the government has done well by giving income tax exemption to investors who install modern meat processing plants.

The proposed Pakistan Halal Authority will set halal standards for government-notified products and processes for adoption by a National Standards Body by OIC guidelines. The bill also provides a list of halal and non-halal animals. Contravention of the new law will be punishable with imprisonment of up to six months, or with the fine of up to Rs500,000, but not less than Rs50,000, or with both. The OIC guidelines define the method of slaughtering of halal animals. It goes without saying that uniformity and consensus especially among OIC member countries are very important to have one halal standard.

Malaysia, which plays a leading global role in the promotion of halal food products, has its own halal standard and awards recognition to international bodies after these are approved for conducting halal certification work. According to a list issued on July 31, 2015, Malaysia now recognizes 73 organizations across the world as halal certification bodies. This includes one organization from Pakistan, namely, Jamea Markaz Uloom Islamia, Mansoora, Multan Road, Lahore. Will it work under PHA or Malaysia may be difficult for it to decide.