Pakistan To Take Over Presidency Of ECO CCI 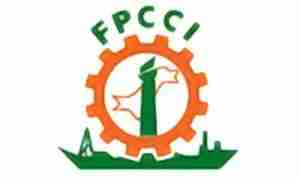 Zakria Usman, President FPCCI told the News that enhancement of trade through signing free trade agreements with promoting the transportation and tourism facilities among ECO member countries will be Pakistan’s priorities during the new term.

The ECO is the regional block of Islamic countries, including Pakistan, Iran, Turkey, Afghanistan and some of Common Wealth of Independent States.

“The members from ECO states are discussing various proposals on strategy and viable joint projects to promote economic, trade and investment activities and enhancing economic relations among the ECO member countries in general as well as bilateral trade between member states,” Usman said.

“In order to strengthen the working relationships between members, we are also planning to hold different ECO-CCI committees on a quarterly basis,” he said.

Usman said committee members also discussed the latest achievements about the Islamabad-Tehran-Istanbul (ITI) route in the light of 8th meeting of ECO’s high level working group on container trains held in Tehran in March this year.

“The committee emphasized on the establishment of a commercial working group for activation and marketing of ITI and KTAI trains. They also stressed on training workshops for transport operators of Pakistan on TIR Convention to enhance their skill and performance to the desired level,” he said.

The International Transport of Goods Under Cover of TIR Carnets (TIR Convention) is a multilateral treaty to simplify and harmonize the administrative formalities of international road transport.

The recommendations of the above committees will be presented in the executive committee meeting on 4th September for their endorsement.