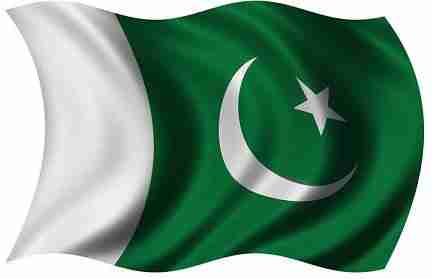 ISLAMABAD, Ministry of Science and Technology is planning for the introduction of a bill to establish an authority to ensure the supply of Halal food in the market and to have control over imported food items.

This was told by the govt. official, at the meeting of the National Assembly Standing Committee on Science and Technology this Monday. The bill with halal foods import and in-house use will be called ‘The Pakistan Halal Authority Bill 2015’.

Tariq Bashir Cheema, the committee chairman, decided to make a sub-committee to finalize the draft bill. On February 23, a senior official told the standing committee that several imported packed food items being sold in the markets contained ‘Haram’ and ‘Un-Islamic’ ingredients.

The authority will keep an eye on the supply of Haram food items in the Pakistani market. Mian Ijaz, the additional secretary, also presented a list of 19 imported food items that were found containing ‘Haram’ components. Briefing the standing committee members, the officer said the ministry was not authorized to stop the sale or purchase of such products in the country.

However, its other allied organizations such as Pakistan Standards and Quality Control Authority (PSQCA) provided services about the set standards, granting approval of testing labs to the federal and provincial regulatory departments. The officer said currently 78 items, including 37 food items, were covered under the Compulsory Certification Marks Scheme announced by the PSQCA.

These items contain ‘Haram’ ingredients, including beverages, gelatin, and E120, a food color that is derived from insects. Some of the food items having chicken have been placed on the list due to “doubts” about the “slaughtering methods”. Some of the products had been placed on the list because of a lack of “proper source or traceability to ascertain the Halal or Haram status.”

According to Trade Policy 2012-15, the import of all edible products shall be subject to the condition that they shall be free of any ‘Haram’ element or component. On Monday, the committee was told that soon a bill will be moved to make a law ensuring the supply of ‘Halal’ food in the market. The committee directed the ministry to take measures in collaboration with the concerned departments to develop a mechanism to stop the import and sale of ‘Haram’ products in the country.

Members also decided to form a sub-committee headed by an MNA Sajid Ahmed to keep control of the efforts of the ministry and departments to stop the sale of haram products and look into the draft bill. MNA Syed Muhammad Athar Hussain Shah Gillani of PML(N) and a member of the committee said there are many issues in the bill that need to be discussed.

“Besides taking up the issue of ingredients, the sub-committee will also discuss whether animals are slaughtered in an Islamic way,” he said. Sajid Ahmed, the chairman of the sub-committee, said that a similar bill has been prepared and will be tabled in the Council of Common Interests (CCI) on 20th March.

“I have been considering having the copy of the proposed bill and improving it for better results. Bills on Halal food have been passed in Malaysia and Brunei so I will have the copies of those bills to improve the draft bill,” he said. Sajid Ahmed of MQM said, “On March 21 the draft bill would be handed over to the committee with a request to table it in the parliament at the earliest”.