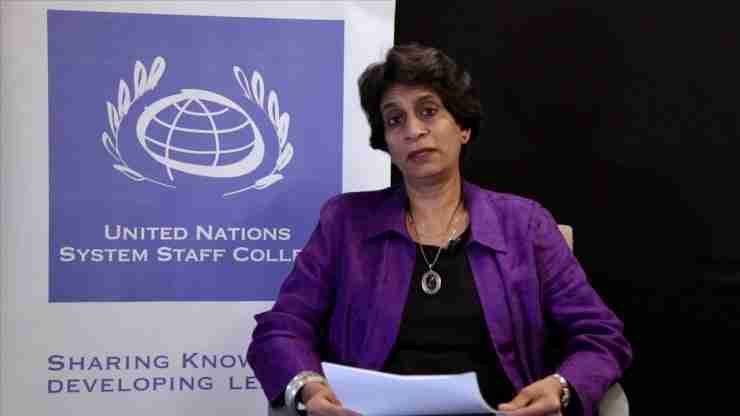 Pakistan’s Economy Has Become A Slave To The Elite Mafia: UNDP

Most Pakistan watchers agree that the country’s economy has become a slave to the elite mafia such as landlords, politicians, the corporate sector, and the military. The United Nations Development Program (UNDP) recently released a report on the issue. The Halal Times believes that most of the contents of the report actually reflect the state of the affairs.


We wanted to share an interview Al Jazeera conducted with Kanni Wignaraja, assistant secretary-general and regional chief of the UNDP. Please read on.

Islamabad, Pakistan – Economic privileges accorded to Pakistan’s elite groups, including the corporate sector, feudal landlords, the political class, and the country’s powerful military, add up to an estimated $17.4bn, or roughly 6 percent of the country’s economy, a new United Nations report has found.

The report uses the prism of “Power, People, and Policy” to examine the stark income and economic opportunity disparities in the developing country.

“Powerful groups use their privilege to capture more than their fair share, people perpetuate structural discrimination through prejudice against others based on social characteristics, and policies are often unsuccessful at addressing the resulting inequity, or may even contribute to it,” says the report.

Kanni Wignaraja, assistant secretary-general and regional chief of the UNDP has been on a two-week “virtual tour” of Pakistan to discuss the report’s findings, holding talks with Prime Minister Imran Khan and other top members of his cabinet, including the ministers of foreign affairs and planning.

She says Pakistani leaders have taken the findings of the report “right on” and pledged to focus on prescriptive action.

“[In our remarks in meetings] we focused right in on where […] the shadows are, and what is it that actually diverts from a reform agenda in a country,” she told Al Jazeera in an exclusive interview.

“I hope that there is strong intent to review things like the current tax and subsidy policies, to look at the land and capital access.”

The paradox of privileges

The biggest beneficiary of the privileges – which may take the form of tax breaks, cheap input prices, higher output prices, or preferential access to capital, land, and services – was found to be the country’s corporate sector, which accrued an estimated $4.7bn in privileges, the report says.

Both classes have strong representation in the Pakistani Parliament, with most major political parties’ candidates’ drawn from either the feudal landowning class or the country’s business-owning elite.

The UNDP’s Wignaraja noted that this creates a paradox where those responsible for doling out the privileges were also those who were receiving them.

“If with one hand you are providing again that benefits yourself, and taking the gain with the other hand, then what we have lost is that sense of separation of powers and oversight,” she said.

The country’s powerful military, which has directly ruled Pakistan for roughly half of its 74-year history, was found to receive $1.7bn in privileges, mainly in the form of preferential access to land, capital, and infrastructure, as well as tax exemptions.The report noted, however, that Pakistan’s military is also “the largest conglomerate of business entities in Pakistan, besides being the country’s biggest urban real estate developer and manager, with wide-ranging involvement in the construction of public projects”.

“These things are not neatly separate entities,” said Wignaraja. “You do see some of… these are overlapping so you almost get a double privilege by the military. The minute in a country the military is a part of big business, it obviously doubles the issue and the problem.”

In a country like Pakistan, where the military continues to hold power over many aspects of governance, she warned that it would take “almost a social movement” to displace structures of power that were so entrenched.

“It’s a tough one that has to be taken on because this is about power politics and it would be naive of me to expect or to recommend to leaders on what to do in this respect,” she said.

“I’m very clear that we can provide the analytics, we can put the impartial story out there, and then it is up to the country, both the state and the people to say: ‘Enough, here is how we need to take break up these strongly-held power groups and dynamics in this country.’”

“The poorest and richest Pakistanis effectively live in completely different countries, with literacy levels, health outcomes, and living standards that are poles apart,” writes Aliona Niculita, deputy resident representative of the UNDP in Pakistan, in the report.

Of further concern to Pakistani policymakers will be a shrinking of the middle-class, with the UNDP’s data showing middle-income earners fell from 42 percent of the population in 2009 to 36 percent in 2019.

As part of its recommendations, the UNDP has suggested Pakistan’s government take on increased spending as part of a macroeconomic model that focuses on closing the gap between its Human Development Index (HDI) of 0.570 and that of other countries in the region.

Pakistan ranks second-to-last in South Asia based on HDI, outperforming Afghanistan but lagging behind all six of its other regional neighbors.

“This is something actually that the leadership brought up themselves, as to this conundrum of feeling like one is stuck at a certain point,” said the UNDP’s Wignaraja. “Is there a glass ceiling to human development and why, and what is needed to crack it?”

The UNDP has recommended policies that focus on removing privileges and targeting spending on outcomes that provide both structural support for the country’s poor and on the infrastructure – such as education and healthcare – that would provide them further economic opportunities.

“If I had just that one extra […] rupee, and you asked me where would I put it, I would put in girls education,” said Wignaraja.

Pakistan ranks 153 out of 156 countries on the World Economic Forum’s Global Gender Gap Index (PDF), with 32 percent of primary-school-aged girls out of school.

“The evidence across the world on one of the biggest returns on investment comes from educating all of our children and getting them and keeping them in school,” said Wignaraja.

“But a huge return is that all of those missing girls from school and missing women from the workplace, it’s investing in that.”