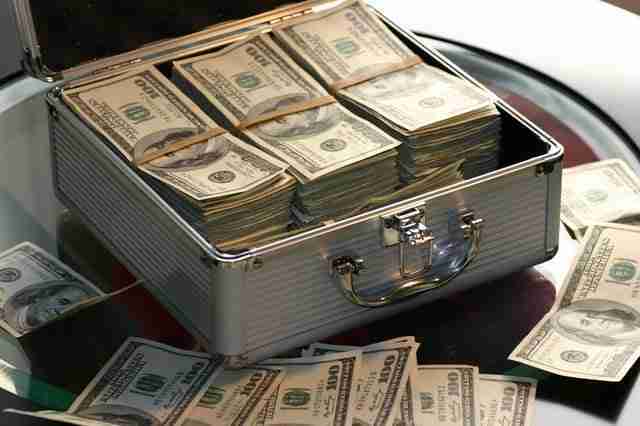 Remittances from Pakistani workers employed abroad exceeded $2 billion for the 10th consecutive month in March at $2.7 billion — up 43 percent from a year earlier, the State Bank of Pakistan (SBP) said on Monday. These foreign remittances will help the country grow its economy in the next five years.

Proactive policy steps by the government and the SBP to spur inflows through formal channels, combined with limited cross-border travel, medical expenses, and altruistic transfers amid the pandemic to fuel the rise, it said in a statement. 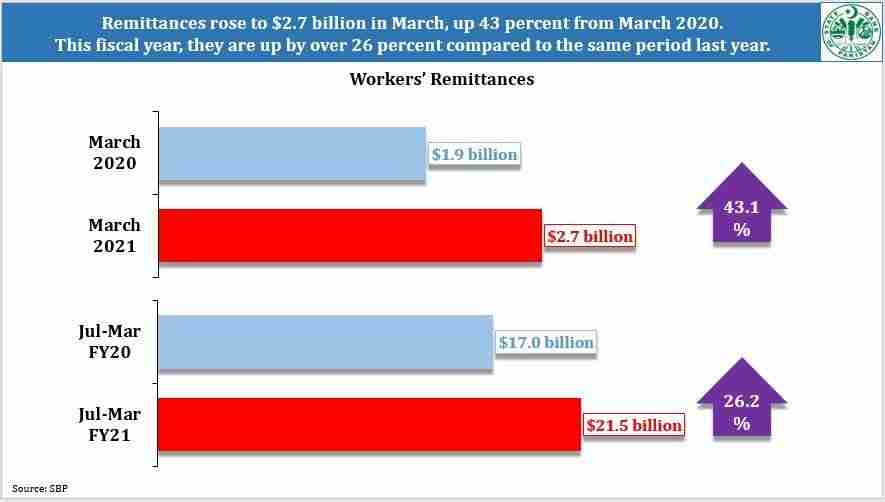 According to the SBP, a large part of the remittances during the July to March period in FY21 came mainly from Saudi Arabia, standing at $5.7 billion; the United Arab Emirates, at $4.5 billion; with $2.9 billion from Britain and $1.9 billion from the United States, the central bank said.

“The love and commitment of overseas Pakistanis to Pakistan is unparalleled,” Prime Minister Imran Khan said on Twitter.

“You sent over $2 billion for 10 straight months despite Covid, breaking all records. We thank you,” he said.

Finance Minister Hammad Azhar also shared the news on Twitter. “The increase in the July-March period is 26.2pc (from $17bn to 21.5bn),” he said.

Overseas Pakistanis need to continue remitting money to the country to keep inflation to a manageable level.