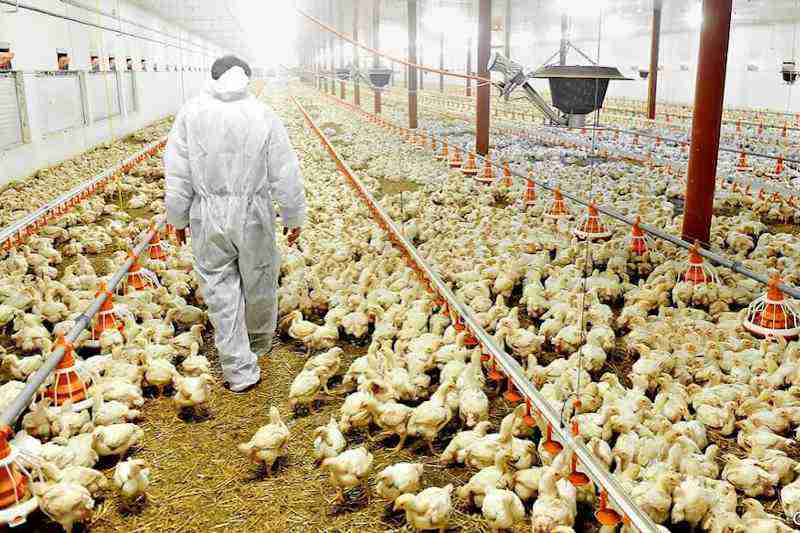 KARACHI: The year 2019 has turned out to be another low-growth year for Pakistan’s poultry sector, which is at its all-time low, owing to various tax anomalies and an unfriendly export environment. Even those poultry businesses in Pakistan which run state-of-the-art units now find it difficult to carry on.

In the year 2019, yet again, Pakistan miserably failed to have its presence felt in a $3.7 trillion international Halal food market. Due to unjustified taxation policies, during 2018-19, the poultry industry was able to process less than 5 percent of the total broilers produced in the country, although, it is the world’s 9th largest chicken-producing nation with about 1.2 million broilers produced in the year.

On the contrary, the rest of the world’s major broiler producers and even the countries with marginal poultry production, process more than 95 percent of the total broilers produced.

To make things worse, finished poultry products under FTA with Malaysia are allowed to be imported in Pakistan free of import duty and sales tax, and from China at a preferential rate of 10 percent customs duty.

In contrast, the Pakistan government has imposed a heavy customs duty, sales tax, and additional regulatory duties on the import of raw materials for producing poultry feed and for processing, value-added chicken products, thus making it possible for local poultry producers to compete in the international poultry export market.

To restrict the import of value-added poultry products, the government must immediately impose a regulatory duty of at least 40 percent on imports of finished products, processed chicken, and tab eggs. This will give the poultry exporters the much-needed space they require for growth.

To curb illegal imports, global chicken importers must comply with Pakistan’s Halal Standards, and every consignment of poultry product reaching Pakistan must be accompanied by a certificate issued and authenticated by the Halal Regulatory Authority nominated by the importing country. This practice is quite common in other Muslim countries.

Although the article was originally published on Aaj news, we have edited some of the content to make it more user-friendly.

Saudi Plan to Wean Off Oil Sees Success Even as Economy Stalls
Next Post:Halal Meat To Be Provided To Airlines Flying From & To Moscow