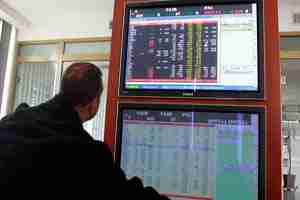 Tunisia’s Amen Bank launched two Islamic mutual funds this week while a leasing company prepares to convert into a full-fledged Islamic lender, welcome steps for the industry which has been waiting for the government to issue a debut Islamic bond.

Islamic finance was neglected before the country’s 2011 “Arab Spring” revolution, with the new Islamist ruling party Ennahada pushing to develop the sector over the past three years.

Its defeat in October parliamentary elections shifted the balance of power to its main secular rival, the Nidaa Tounes party. Presidential candidates for the two parties will face-off in a second round of elections later this month.

A major Islamic sovereign bond proposed by the Ennahada party has yet to be seen, but private-sector efforts have been more successful in developing Islamic finance, which accounts for just 2.5 percent of the Tunisian financial sector. Amen Bank, the country’s second-largest private sector bank, launched two Islamic mutual funds this week, managed by Tunis-based United Gulf Financial Services-North Africa, a filing with the capital market regulator said.

JAKIM: Starbucks Halal Cert Not Revoked
Next Post: Japan Can Get Better Financial Positioning In Int’l Market Through Islamic Finance