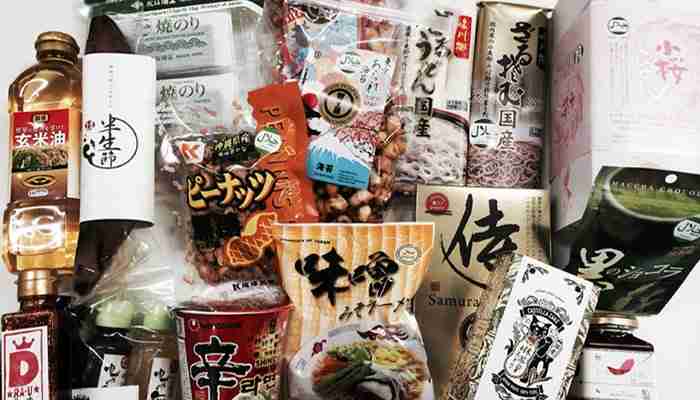 Tokyo:- While Japanese producers strive to tap the growing local and international halal food sector, some operating within the country worry that the proliferation of certification bodies is a potential problem.

The lure is obvious – the Japan halal food market was estimated to be worth about US$200 million to £250m in 2015, says the senior food and beverage business analyst Arushi Thakur at the London-based market research company Technavio. “The major portion is imported from Malaysia,” she says.

The Japanese government does not oversee halal certification and this exacerbates the problem for companies – and individuals – who want to be certain their certification will stand up to scrutiny, experts say.

Keigo Nakagawa, a researcher, and consultant for the Tokyo-based Japan Halal Business Association (JHBA), with 152 member companies, says there are 22 halal certifying entities in Japan.

There are numerous bodies globally that identify what they say are authorized certification in Japan but, it seems, no one agrees on who these agencies are.

The Malaysian government department of Islamic Development (Jakim), for instance, cites just two “recognized foreign halal certification bodies and authorities” in Japan: the Japan Muslim Association (JMA) in Tokyo, established in 1953 as the first Japanese Muslim organization; and the Japan Halal Association (JHA), a non-profit organization (NPO) in Osaka. For both citations, Jakim includes an image of the halal logo stamp the agencies use.

However, Zabiha, which says it is the world’s largest guide to halal restaurants and markets, lists three “halal authorities” in Japan. They include the Japan Islamic Trust (Jit) at Masjid Otsuka, founded in 1978 and run by Haroon Qureshi, its secretary-general.

The second is the Malaysia Halal Corporation (MHC), founded in 2010. The MHC and, since 2012, the Muslim Professional Japan Association (MPJA), were started by the Malaysia-born Akmal Abu Hassan after studying in Japan, where he encountered difficulty finding halal products.

The halal coordinator for both organizations, Izzul Hadi, says the MHC issues halal certificates for Japan only, whereas the MPJA, recognized by the Majelis Ulama Indonesia (Mui) and the World Halal Food Council (WHFC), does so for businesses operating locally and overseas, including exporting Japanese enterprises.

A third halal-certifying body listed by Zabiha is the Nippon Asia Halal Association (Naha) in the city of Chiba, neighboring Tokyo, which certifies 130 companies, including hotels and restaurants, says its chairman, Saeed Akhtar.

“We are recognized by all the [halal] organizations in the world,” he tells The National, although Naha does not appear on the WHFC website of members.

“People will give you a figure of 20 or even 100 certifiers, but even if you include the mosques, which are not active certifiers, there are around 20 in total,” Mr. Akhtar says on the Global Islamic Gateway website.

He estimates there are no more than 300 halal-certified companies in Japan. “That is not many. If you include restaurants and hotels, then maybe around 500 companies. However, there has been a sudden increase in certification over the past two years,” he adds.

Indicative of the rise in certification, Naha certified five companies in 2011 and 2012, but from 2013 onwards, 110 companies received its certification.

“Out of that figure, about 15 are restaurants, and around 15 percent are selling abroad. The rest have no sales at all or are supplying chains for hotels and restaurants, so [they] remain within Japan,” says Mr. Akhtar.

Driving the rise in certification, if not always active sales, has been an increase in Muslim tourists to the country. In 2004, 150,000 Muslims visited Japan, according to Japanese tourism department data. By 2013, that figure had doubled to 300,000.

The JHA chairwoman Hind Hitomi Remon says there are too many “so-called halal certification bodies” and that businesses seeking legitimate certification do not know which one to choose. Some, she says, just issue a piece of paper that says “halal”.

Proper accreditation can benefit a Japanese company because authorized certification allows its exports to be recognized as halal by other countries, rather than simply targeting Muslim consumers or tourists in Japan, Ms. Remon says.

“So having a useless piece of paper that does not even allow them to export [as halal] is meaningless,” she says.

Founded by Ms. Remon in 2010, the JHA is recognized by Mui as well as Jakim.

“I must emphasize that halal certification should not be business-based,” she says. “It is purely to serve the community, and it has to have a proper certification system with qualified people to do a quality job.”

However, JIT’s criteria would exclude NPOs such as the JHA. “Our thinking is, the certification should be done by religious organizations,” says Mr. Qureshi. Only the JIT, founded by Japanese Muslims, the Islamic Centre Japan, and the JMA, meets such criteria, he says.

There are also well-known Japanese companies that, although not producing halal-certified food in Japan, do manufacture certified products in other countries. For them, trusted certification is not a problem as the certifying bodies in those countries are globally recognized as authorized to issue certificates.

One such is Yakult, which manufactures halal dairy products in countries including Indonesia (halal-certified by Mui), Malaysia (by Jakim) and the Philippines (by the Islamic Da’wah Council of Philippines), says the firm’s media relations officer, Mr. Hiroki Murayama.

Another is Otsuka Pharmaceuticals, which produces the sports drink Pocari Sweat at its plant in Indonesia, also halal-certified by Mui, says the company’s information officer Mai Yamada.

Speaking at the WHFC’s first international halal conference in October, the group’s president, Lukmanul Hakim, pointed to the huge potential and growth of the global halal market.

“The world Muslim population is approaching 1.6 billion people. Muslims are expected to account for 30 percent of the world’s population by 2025.

“There are 1.5 billion halal consumers, which means that one of four people are halal consumers. It is a new market force that should not be overlooked,” he said. “The global halal market value for trade-in halal foods is estimated at $547 billion a year,” he told delegates. “This has created interest from food-producing countries worldwide.”

Japan aims to invest heavily in the halal sector to be among the top five exporters globally by 2020, according to Rinkal Dawra, a consultant in retail and consumer products at Future Market Insights (FMI).

But to compete with top players such as neighboring Malaysia and Thailand, there is a long way to go. Still, the government is encouraging investment in halal for domestic and export purposes to counter a declining home population and demand for food, which is slated to drop by more than 1 percent a year to 2019, according to Euromonitor International.

Exports are currently focused on South East Asia, especially of Japanese specialties such as soy sauce and miso, but product offerings need to change to cater to new markets, Mr. Akhtar says. “Japanese companies need to work on tastebuds to match those of Muslims in the Middle East, Pakistan, and India, such as spicy food.

“They need to do good market research and improve marketing techniques as the chances are there,” he says.

“The limited facilities in halal certification in Japan and its dependency on imports may be a potential threat for the halal food market” Japan, she says.

She says the lack of state oversight could undermine what is a growing opportunity for Japanese firms.

“The increasing availability of Japanese food across Muslim countries will provide a wider [export] opportunity for Japanese manufacturers, and a halal certificate from the Japanese government would be an advantage in entering the new market.”

But the problems for Japanese companies wanting to gain accepted – and trusted – halal certification at home will remain until the government takes steps to regulate the procedure.

As Mr. Hakim says: “There are many more halal certifiers who issue certificates without properly auditing the food-producing outlets and their products.

“These practices are affecting genuine halal food trade and obviously the Japanese Muslim consumers are consuming products that are doubtful.”

Halal Meat Subsidized For Poor Muslims In China
Next Post:Modest Fashion With Style Was A Revealation: Aliyan Khan