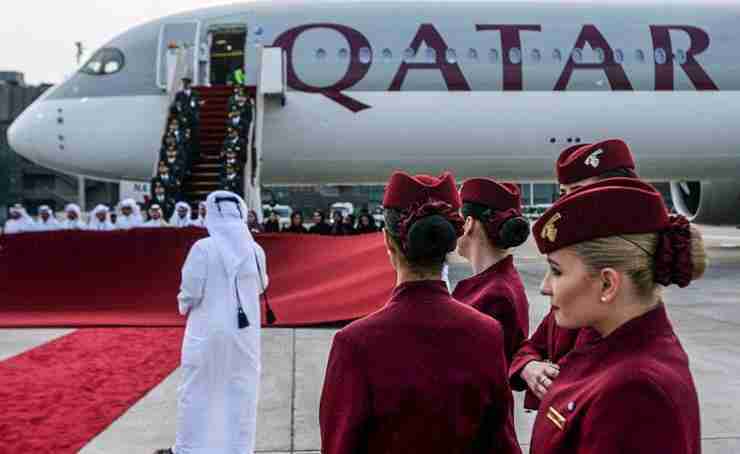 It hasn’t been a great year for airlines, thanks to Covid’s impact on the aviation industry, but for one Middle East carrier, it’s just got a lot better.
Qatar Airways has taken the top spot in the latest ranking of the world’s best airlines by Skytrax, a review body that also produces a hotly anticipated annual list of best airports.
The Doha-based airline’s latest accolade follows on the heels of its earlier win at this year’s AirlineRatings.com awards.
Skytrax World Airline Awards are voted for by travelers via a customer survey, which this time ran from September 2019 to July 2021.
Travelers were asked about the performance and quality of more than 350 global airlines.
Number two on Skytrax’s list went to Singapore Airlines, while ANA All Nippon Airways came in at number three.
This is Qatar Airways’ sixth time winning the Skytrax top prize. This year it was also awarded World’s Best Business Class, World’s Best Business Class Seat, Best Airline in the Middle East, World’s Best Business Class Airline Lounge, and Best Business Class Onboard Catering.
“It is clear that Qatar Airways has maintained its high standards of innovation and service standards, both in more normal times and through the current global pandemic,” said Skytrax CEO Edward Plaisted in a statement on the results.
Rounding out Skytrax’s top five are Emirates and Japan Airlines.

Flying during a pandemic

It’s been a less than a regular year for the aviation industry, with many carriers remaining grounded for much of the past 18 months. Skytrax swapped its usual in-person celebration for an online announcement this year.
Qatar Airways’ planes have remained pretty active in the skies during the pandemic.
“We never abandoned our loyal customers when they needed us the most, we continued flying to get people home and implemented stringent biosafety measures to provide strong reassurance for travelers, all while continuing to innovate to ensure we remain the airline of choice for millions of passengers across the globe,” said Qatar Airways CEO Akbar Al-Baker in a statement on the win.
Related content

Second place Singapore Airlines was also crowned Best Airline in Asia, and won for Best Cabin Crew, World’s Best First Class, World’s Best First Class Seat and Best Economy Class Onboard Catering. Third place ANA Al Nippon Airways was also recognized as home of the World’s Cleanest Airline Cabins, World’s Best Airport Services, Best Airline Staff in Asia and Best First Class Lounge in Asia.
Skytrax notes that “there have been some up and down movements versus 2019 results, although a core of airlines still dominate these higher positions.”
Japan Airlines was absent from Skytrax’s 2019 top 10, but this year came in at number five. Meanwhile Lufthansa and Thai Airways came in at number nine and 10 in 2019, but fell down the charts this year to 13 and 23 respectively.
Related content