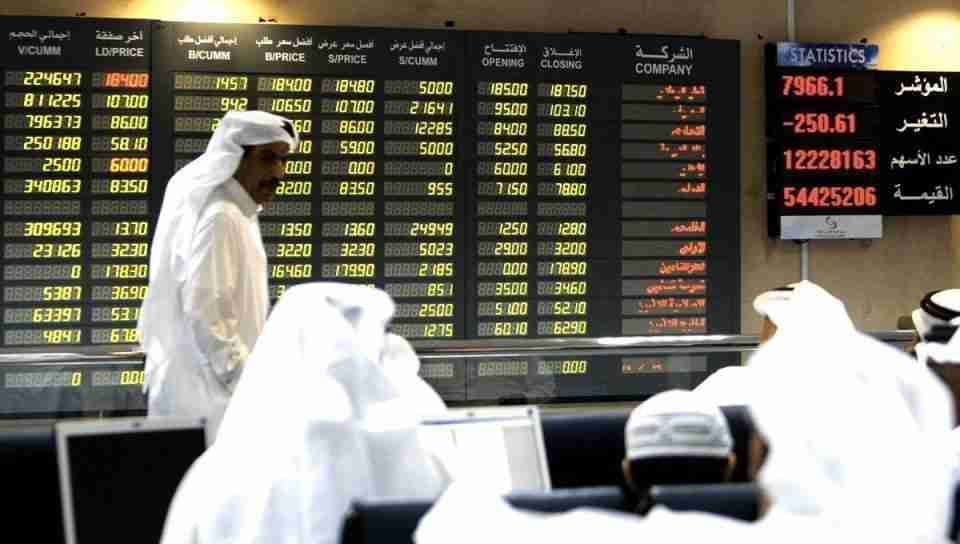 Qatar Bourse Continues To Be Under Bearish Spell

Qatar Stock Exchange continued to be under bearish spell to trade under 8,600 levels as foreign funds largely kept away from the market in view of Christmas.

Increased buying support from local retail investors notwithstanding, the 20-stock Qatar Index fell 0.36% for the second consecutive day to 8,569.58points.

There was increased net selling by domestic institutions and lower buying support from non-Qatari individuals in the bourse, whose year-to-date losses were seen at 17.89%.

Islamic equities were declining slower than the main index in the market, whose capitalisation shrank 0.26% to QR473.39bn.

Trade turnover and volumes were on the decline in the bourse, where banking and industrials sectors together accounted for more than 74% of the total volume.

Non-Qatari institutions turned net buyers to the tune of QR0.77mn against net sellers of QR1.28mn on December 24.

However, the insurance sector’s trade volume rose more than five-fold to 0.28mn shares and value by about 15-fold to QR14.02mn but on 19% fall in transactions to 47.

In the debt market, there was no trading of treasury bills and sovereign bonds.