Saudi Arabia Bars Foreign Pilgrims From Hajj Due to COVID 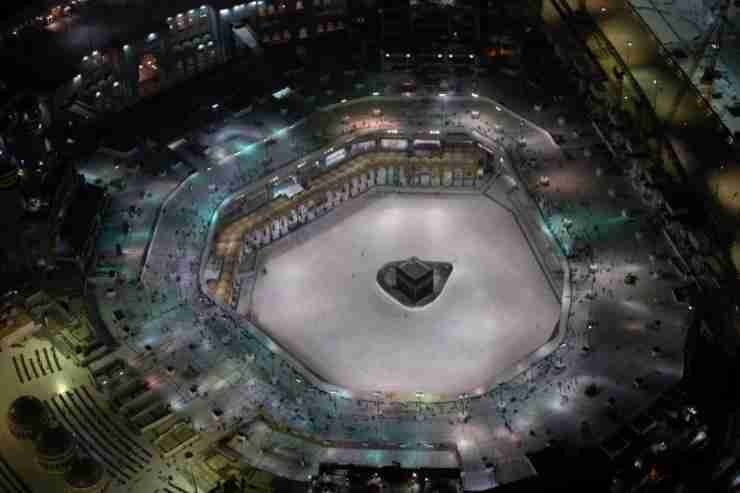 Saudi Arabia says this year’s pilgrimage will be limited to 60,000 citizens and residents. This is the second year in a row when the kingdom did not allow foreigners to enter the kingdom for Hajj.

No foreign pilgrims will be allowed to perform the Hajj once again this year after Saudi Arabia restricted the annual pilgrimage to citizens and residents, and set a maximum of 60,000 pilgrims in response to the coronavirus pandemic.

“Those wishing to perform the hajj must be free of chronic diseases and be vaccinated” and between the ages of 18 and 65, the ministry said in a statement on Saturday.

“In light of what the whole world is witnessing with the coronavirus pandemic … and the emergence of new variants, the relevant authorities have continued to monitor the global health situation,” the statement added.

Last year, the kingdom reduced the number of pilgrims to about 1,000 Saudi citizens and residents to help prevent the spread of the coronavirus, after barring Muslims abroad from the rite for the first time in modern times.

Two-thirds were residents from among the 160 different nationalities that would have normally been represented at the Hajj. One-third were Saudi security personnel and medical staff. This year the pilgrimage is expected to start in mid-July.

Hajj, a once-in-a-lifetime duty for every able-bodied Muslim who can afford it, is a major source of income for the Saudi government.

Before the pandemic enforced social distancing globally, some 2.5 million pilgrims used to visit the holiest sites of Islam in Mecca and Medina for the week-long Hajj, and the lesser, year-round Umrah pilgrimage, which altogether earned the kingdom about $12bn a year, according to official data.

The congregation of millions of pilgrims from around the world could be a major cause of coronavirus transmission.

Saudi Arabia has so far recorded more than 463,000 coronavirus infections, including 7,536 deaths.

The health ministry says it has administered more than 15 million coronavirus vaccine doses, in a country with a population of about 34 million.

In a relaxation of coronavirus curbs last October, Saudi Arabia opened the Grand Mosque for prayers for the first time in seven months and partially resumed the Umrah pilgrimage.

The limit on Umrah pilgrims is 20,000 a day, with a total of 60,000 worshippers allowed to perform daily prayers at the mosque.

The Umrah usually attracts millions of Muslims from across the globe each year. Authorities said the Umrah would be allowed to return to full capacity once the threat of the pandemic has abated.